PAST FCC BOONDOGGLES ARE INSTRUCTIVE ABOUT HD RADIO


I received a couple of messages about my HD Radio FCC Complaint saying Give it more time, FM didn’t happen for years. It’s true that FM languished from the 1950s until the late 60s.  Rock n roll saved FM.

That is not as likely to happen with HD Radio.  FM was freeware – not a corporate tollbooth like iBiquity.  The FCC cemented FM’s future in the 60s when they enacted the mandate that AM and FM carry different programming in places of 25,000 people or more.

Recent history gives us a couple of examples when waiting for something to happen wasn’t a wise decision.  Consider:

In 1980 the FCC selected the Magnavox system and named it the official standard.  The FCC action didn’t sit well with owners of competing AM Stereo systems who were also expecting approval.  Things turned ugly, lawsuits were filed, chargess flew about “sloppy” FCC research

By 1982 the FCC sought a way out when they revoked their 1980 decision and authorized four different AM Stereo systems and said: The market should decide.

Many AM stations added AM Stereo in the mid and late 1980s. Car companies were early champions of AM Stereo – they could charge more for the super-duper radios.  Despite big, big problems with nighttime AM Stereo signals, people said give it time.

But the time was not on their side.  By the 1990’s most music programming had moved to FM.  AM Stereo never revived. 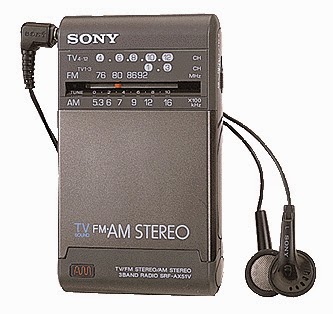 What’s better than two channels of FM?  How about four channel's -- FM Quad!  Four speakers positioned around your bed vibrating the room with latest hits.

The concept of FM Quad originated at the BBC. In the early 70s the Dorren Quadraplex System was chosen as the sole standard for FM quadraphonic broadcasting. WIBQ in Detroit was the first station to “go quad.”

Like HD Radio, AM Stereo and FM Quad were cooked up in the lab. Listeners were not at the planning table.  The need was never considered.  These are classic marketing blunders sort of like the New Coke.