MIKE SAVAGE: SMALL MARKET STATIONS ARE IMPORTANT TO THE FUTURE OF NPR

Since Mike Savage, has been on the NPR Board of Directors, stations in small and medium size markets have had a strong voice advocating their concerns. Savage is GM of WBAA AM/FM in West Lafayette, Indiana, Nielsen Audio market number 222 with an estimated 12+ population of around 160,000.

Savage joined WBAA in November 2013, and in August 2014 he was elected to the NPR Board. He became one of only two smaller market representatives on the 17-person board. He has kept pushing for a larger role for smaller stations, given that three quarters of NPR’s 274 member stations are in small markets.

Some people have called Savage a “rabble-rouser.”  In a recent interview with the Indianapolis Business Journal [link], Savage doesn’t object to the description:

The “pot stirring" has produced results. We asked Savage about his progress:

SAVAGE: I believe the board has much more balance in the past couple of years with the perspectives of myself, and new board member Jay Pearce from WVIK in Rock Island, Illinois.  In my view, the board now has balanced representation from major, mid sized and small markets.

KEN: Why is it important to have smaller market representation when large market stations pay the majority of station dues and have most of the listeners?

SAVAGE: It is true that larger stations pay the majority of NPR dues.  But small stations make up a significant geographic area of coverage for NPR.  Comparing large versus small stations is like asking a parent to choose their favorite child.  Both groups serve a very important purpose in the member station system.

KEN: How important is it that National Public Radio be a "national" voice that includes markets of all sizes?

SAVAGE: That is very important. It’s the balance of having service in population centers and small towns that makes public radio a consistent and valuable public service.

KEN: We also asked Mike Savage about possible threats to CPB funding by the new administration and emboldened Congress:

SAVAGE: Yes, I am concerned?  Whenever there is a change in the President or Congress, public broadcasting historically has been concerned about the future of federal funding. Public TV and Radio have made significant progress in reaching out to both sides of the isle to generate congressional support. All NPR member stations including small and rural stations must continue to play an active role in communicating the value of our public service to Congress, especially now that we have a new President. 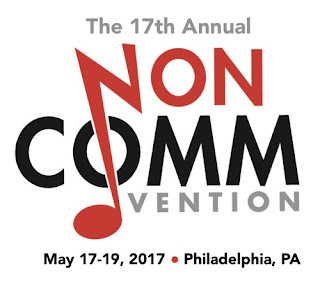 Start making plans now to attend the 17th annual NON-COMMvention in Philadelphia May 17-19, 2017. The 2016 NON-COMM was filled to capacity.

Take it from a person who has attended several NON-COMM in the past (me), it is the most enjoyable and affordable annual conference in public media. Hundreds of noncom radio folks and music industry taste makers will ne there for three days of meetings and dozens of artist showcases at World Café Live, adjacent to the WXPN studios.

According to NON-COMM promoter Paul Marszalsek, the NON-COMM has been able to secure more rooms at the official hotel, The Sheraton Philadelphia University City, for 2017. Room rates for conference goers start at $163 per night. For more information keep checking [link].