I have been a reader of Michael Harrison’s Talkers Magazine [link] since he founded the publication over two decades ago. I always look forward to each year’s “Heavy Hundred” – a salute to what Talkers says are the 100 most important talk show hosts in the nation.

Last week Talkers released the 2017 Heavy Hundred.  As I paged through the list of hosts, I thought: Wow, they are almost all white guys.  There is nothing wrong with white guys. I am one. As I kept reading the list I thought about how different it is from the America I see when I travel or go to the grocery store.

Conservative talkers have always been the bread-and-butter of Talkers coverage.  Right wing hosts dominate commercial talk media, but I’ve always thought Talkers’ mission and scope was all talk programming, not just a narrow slice of it.

Mutual friends have told me that Harrison is not an ideologue.  Folks say he is most concerned with broadcasting excellence and substantial profits. I am going to send Harrison a copy of this article and I look forward to hearing his comments. 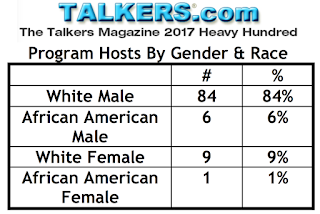 I decided to do an informal count of this year’s Heavy Hundred.  The chart on the left is a summary of the gender and race of the hosts. To me, the hosts on the list look like the crowd at a Trump rally. I didn’t try to categorize the political leaning of the hosts but it is safe to assume most are politically and/or socially conservatives. This seems to be Talkers’ target audience.

In prior years the Heavy Hundred included a few hosts from public radio.  The 2017 list includes ONE: Terry Gross from Fresh Air is #51. There are is a small handful of left-leaning commercial radio hosts such as Thom Hartmann and Stephanie Miller on the list.

Talkers says it uses this methodology to determine who are The 100 Most Important Talk Show Hosts in America:

• Reflecting the diversity and “total flavor” of the industry

• Must be employed now as a talk show host

After reviewing this years Heavy Hundred I suggest the Talkers reconsider its methodology to include more public radio folks. As you have seen in some of my recent posts, public radio news/talk programming on NPR News stations is often reaching more listeners than commercial news/talk.

I decided to focus on three “clinkers” on the 2017 list and suggest public radio hosts who are, in my opinion, more “important” than ones chosen by Talkers. I am presenting them as binary choices to let you decide which host is more consequential. 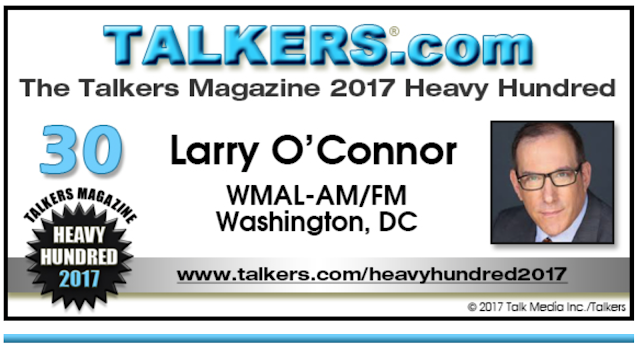 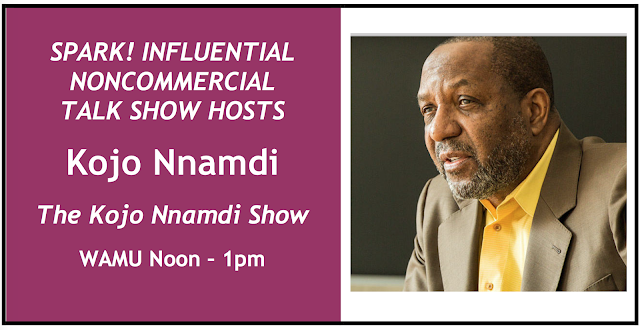 Lets talk about the ratings first.  According Nielsen Audio April 2017 PPM estimates WAMU has average-quarter-hour (AQH) share of 10.0%, number one in the Washington, DC market.  Commercial talk station WMAL has a 3.8% AQH. WAMU has almost three times as many weekly cumulative listeners. So it is safe to say the Nnamdi has many more listeners than O’Conner.

O’Connor is best known as a former Broadway theatre promoter who gained his conservative credibility by working for Andrew Breitbart’s Big Hollywood blog. O’Connor’s agenda is exposing big media liberals and defunding the National Endowment for the Arts (NEA).

Nnamdi moved to DC from Guyana in the early 1970s. He started in broadcast journalism at Howard University’s WHUR-FM and WHUT-TV in 1973 where he hosted Evening Exchange, an acclaimed public affairs program. He joined WAMU as a full-time talk show host in 1998. 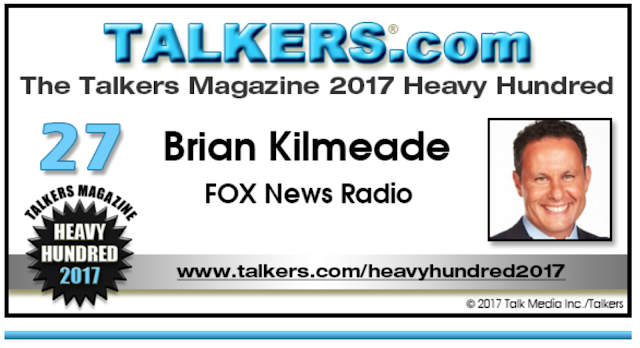 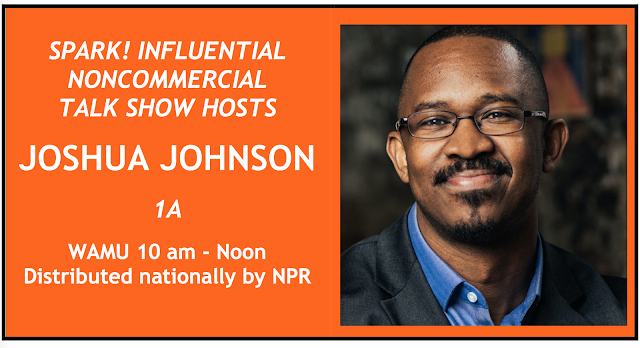 Both Kilmeade and Johnson are both nationally syndicated programs. 1A replaced The Diane Rehm Show on WAMU and is distributed by NPR. Kilmeade is based at FOX HQ in New York.

To me Kilmeade is the “Forest Gump” of FOX News – he is there but adds about as much value as a potted plant. I looked at the carriage for Kilmeade’s radio show and the biggest market/station he appears to be on is WSB, Atlanta.  The rest of his 100 or so stations are itty-bitty stations in small markets.  Is this why he is considered so important?

Johnson quickly established himself after Rehm retired. IA quickly achieved more national carriage than Rehm.  He is now on roughly 330 stations including most of the largest markets. 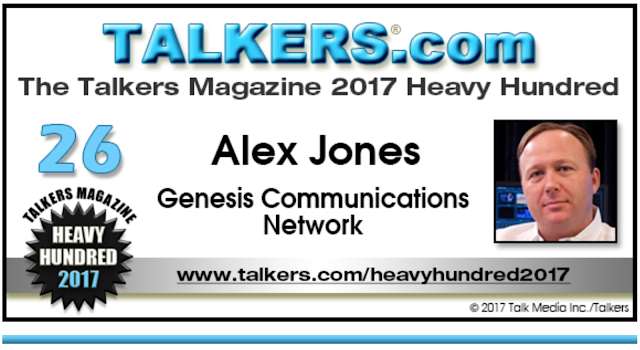 I can’t recall seeing Jones on previous Talkers Heavy Hundred lists.  I guess he is important now because he is one of President Trump’s primary news sources. Jones is perhaps best known for claiming that the shootings at Sandy Hook Elementary School were staged by liberals, to promote tougher gun control laws. Jones also said the government was behind the Oklahoma City bombing and the 9/11 attacks. Talkers says he is the 26th most important talk show host in the nation.

John Hockenberry is a four-time Emmy Award winner and three-time Peabody Award winner for his reporting at ABC television. He now hosts The Takeaway, a daily live one-hour talk show produced by WNYC and WGBH. The program is distributed nationally by Public Radio International (PRI). The Takeaway is on more than 270 stations including most of the top ten markets.