Results for all of Nielsen Audio’s April 2017 PPM markets are now available. The question on most people’s minds is: Are stations holding their estimated weekly listeners now that the 2016 election is five-months in the rear view mirror. The answer is: Generally yes! 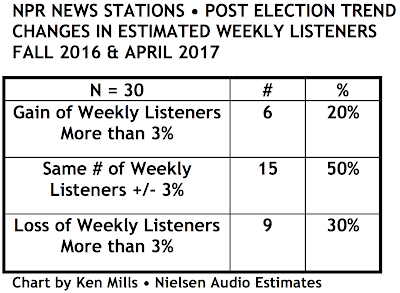 Today we are looking at the top 30 NPR News stations ranked by their April 2017 estimated weekly listeners compared to Fall 2016. The chart on the left has the summary stats and individual stations are below.

Between Fall 2016 and April 2017 half (50%) of the 30 stations maintained their weekly listeners from an election season where many records were broken. We are defining “maintained” as a change of plus or minus 3% or less.

According to the Nielsen data, six stations (20%) gained estimated weekly listeners by more than 3%. WBUR, KUHF and WFAE were the top performers, up 10% each.

However, 9 (30%) of the top 30 stations had losses of estimated weekly listeners greater than 3%. WNYC-AM lost the most listeners in the five-month comparison, down 27%. KNKX in Seattle-Tacoma lost 19%. 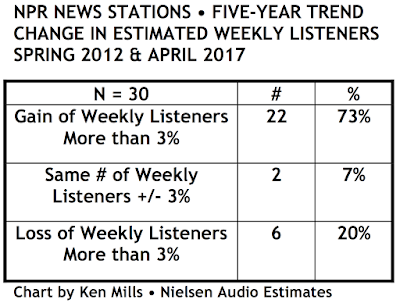 This is validation that the number of listeners to NPR News stations has continued to grow in PPM markets despite overall radio trends that are down slightly every year.  I don’t know of another radio format that has done this well.

WNYC-AM and KNKX (formerly KPLU) had the biggest losses of estimated weekly listeners since 2012.

Overall, public radio folks should be proud of their audience building!

Now, lets “do the numbers” for all of the top 30 stations: 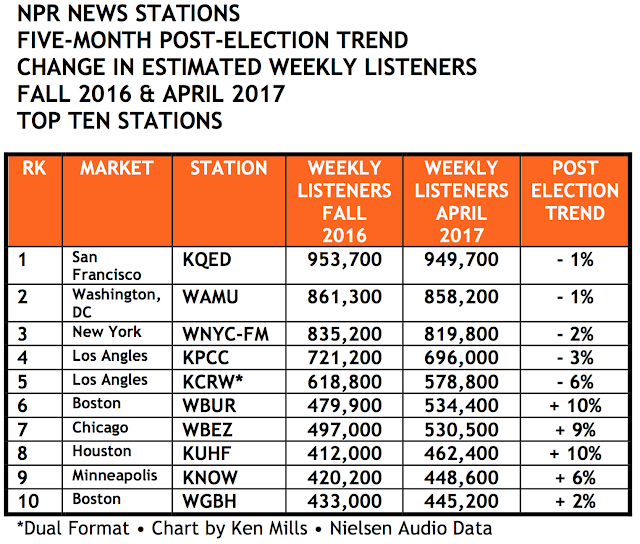 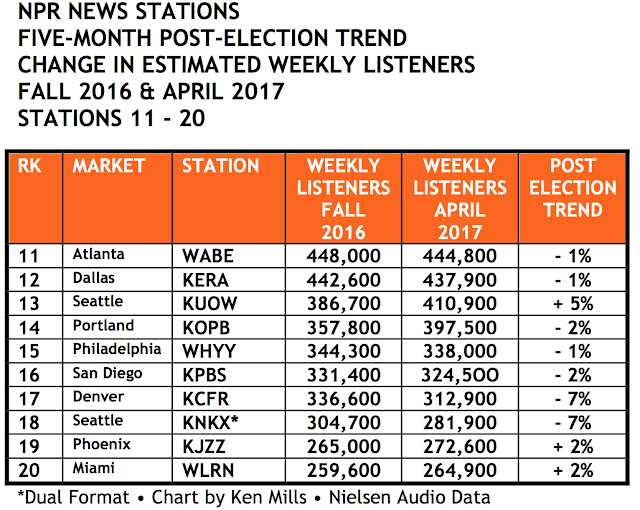 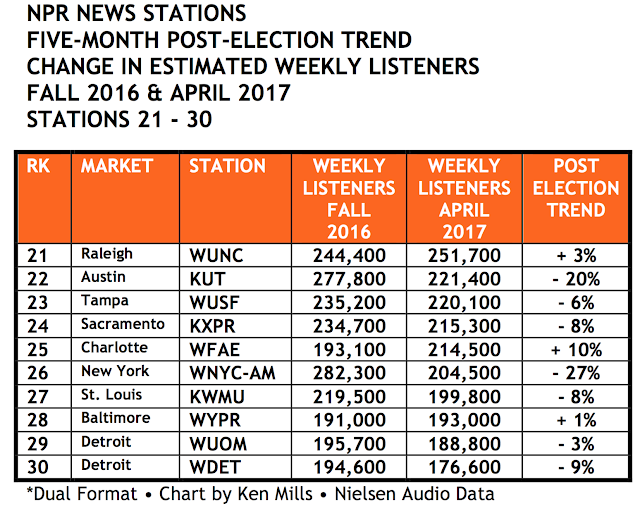 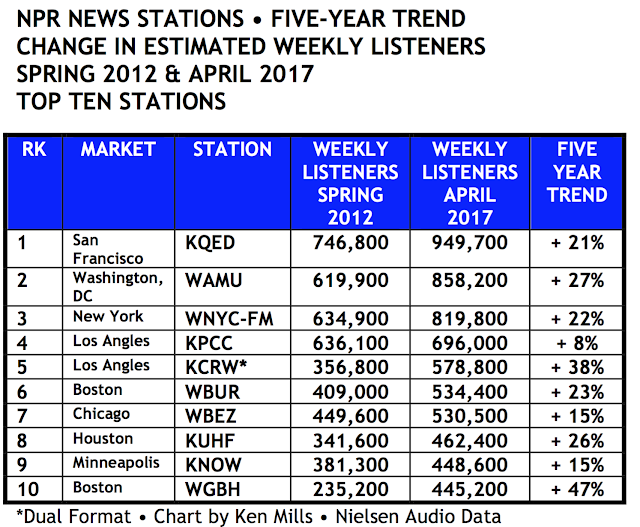 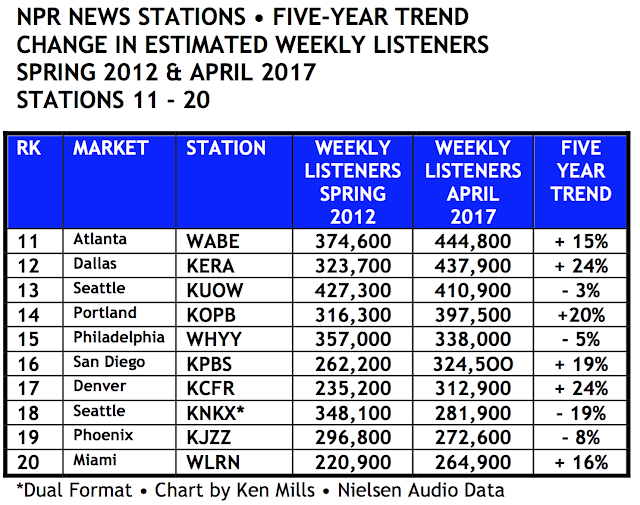 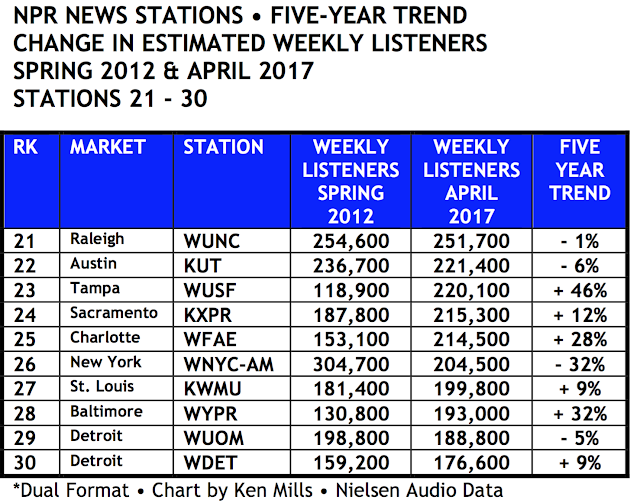