CATHOLIC DIOCESE SELLS THE RIO GRANDE VALLEY’S ONLY NPR STATION, BUT IS THERE MORE NEWS TO COME?

On February 12, 2019, Immaculate Heart Media, an organization that owns other broadcast stations and syndicates Catholic oriented radio programming, signed a contract to purchase “Rio Grande Public Radio” for $1,231 million from the Roman Catholic Diocese of Brownsville.


Pending FCC approval (which is expected), Immaculate Heart is expected to change the station’s programming from NPR and other public radio programs to Relevant Radio, a format that features Catholic worship and discussion of social and political issues. 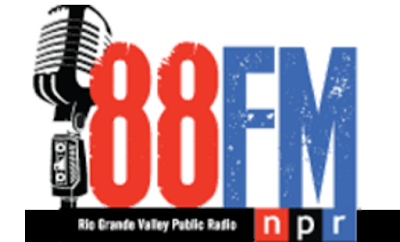 However, the purchase agreement says RGV Educational Broadcasting is not selling the “intellectual property” of RGPR.

Since news of sale emerged, there has been no additional information available, there is nothing about the sale on RGPR website and we have heard no on-air announcement that we have heard when we’ve monitored RGPR’s audio stream.

We attempted to get comments from several of key players, but they did not return our calls or email messages. We also asked for comments from Joyce Slocum, CEO of Texas Public Radio (TPR) in San Antonio who might be interested in expanding service into the Rio Grande Valley.

From what we do know, we see two possible scenarios emerging:

(1.) There may be some sort of plan in the works for another organization, such as TPR, to bring public radio programming to the area, or,

(2.) Nobody has any idea what will happen next because of the secrecy around the deal and Diocese’s history of not commenting to the press.

Based on our past experience in the market, a case can be made for either scenario.

In 2009, the consulting arm of our company, Ken Mills Agency, LLC, discussed a proposal with Dan Skinner, at the time CEO of TPR, to facilitate TPR’s expansion into the Rio Grande Valley. Maybe TPR decided to proceed on a course of action similar to what we proposed ten years ago.

On the other hand, the Diocese has a history of dithering and making bad decisions regarding their broadcast properties. RGV Educational Broadcasting has only one voting member on its board of directors: The Bishop of the Brownsville Diocese. Perhaps only the Bishop is the only person who knows what is going on.

RGPR covers a large area north of the Rio Grand River that stretches (from west to east) from McAllen to Harlingen to Brownsville to South Padre Island on the shores of the Gulf of Mexico.

The US Census estimates there are 1.3 million people on the American side of the border. South of the river, an estimated 1.8 million live in the Mexican cities of Reynosa, Rio Bravo and Matamoros.

Despite the opportunity, RGPR barely has a pulse.  According to RGV Educational Broadcasting’s FY 2017 tax filing, RGPR’s total revenue was $105,451.  Of that amount, $5,207 (5%) came from members, $25,862 (25%) and the most of the remainder came from the Brownsville Diocese. RGPR has two full-time employees. CPB cut off funding to RGV Educational Broadcasting in 2014.

RGPR’s program schedule is a mess. Morning Edition and All Things Considered are the only two NPR News programs heard on the station.  In fact, RGPR doesn’t start airing ATC until 5:00pm, even though it is available to them at 3:00pm, Central Time. The rest of the schedule is a mishmash of Classical and Jazz music, volunteer music shows and free or very low cost nationally syndicated weekly programs.

We know the two employees from our consulting work a decade ago. They are honest and talented people who have been doing their best with the meager resources that are available. We hope these two dedicated employees, who we know love public radio, fare well no matter what comes next for the station.

The Brownsville Diocese deserves credit and gratitude for bringing PBS and NPR to the Valley when no on else would do it. The Diocese sold PBS affiliate KMBH-TV in 2013, in part because of anger wirhin the Diocese and community about the subject matter of PBS programs.

One incident stands out. KMBH planned to air and heavily promoted the Frontline documentary Hand of God, a program that put the Catholic Church in a negative light.  Minutes before Hand of God was set to air KMBH-TV pulled the show. This dithering managed to offend everyone.

KMBH-TV also had major financial problems that cost the Diocese thousands of dollars. The station obtained a $700,000 line of credit with no plan to pay it back. In the end, the Diocese paid the money back.

WHO WILL SEIZE THE OPPORTUNITY?

Common wisdom says the Rio Grande Valley is not a good location for public media to succeed.

But most of this “wisdom” comes from the dismal track record of the Brownsville Diocese in radio and TV in past years.

This is particularly true of the 15 years (1995 – 2010) when Monsignor Pedro Briseo was CEO of the RGV Educational Foundation. Briseo was not only an incompetent manager, he was an arrogant, spiteful man who alienated many people who could have been allies.

As you can see in the chart on the left, there are many similarities between the two markets.

Both the Rio Grande Valley and El Paso are border cities with substantial Hispanic populations.

Both have very large “sister cities” just across the border with Mexico.

Both are gateway communities where millions of dollars of goods and services cross the border, peacefully every day.

Look at the next chart that compares KTEP-FM in El Paso and RGPR in the Valley. (Keep in mind the stats are from our 2009 proposal.) KTEP was a viable, self-sustaining organization in and RGPR is very poor. In 2019, KTEP has grown and RGPR has regressed even farther.

Both have been in the national news a lot lately. Both are “ground zero” for President Trump’s child-separation policy and border wall. To learn more about the situation, we recommend TPR’s February 15th news report titled In The Rio Grande Valley, Residents Prepare For Construction Of A New Border Wall is available here.


According to TPR’s report, the recent “emergency declaration” is putting two national treasures in peril:

The La Lomita Chapel near McAllen, was built by missionaries in 1849.

It is located near the town of Mission, a few miles west of McAllen.

Both the Chapel and Sanctuary are on the list to be altered or demolished for a 150-foot enforcement zone for Trump’s border wall.