First, thank you to folks who have taken our Reader Survey.  We appreciate the feedback. The survey is short and you can remain anonymous. Please  participate by clicking on this link: 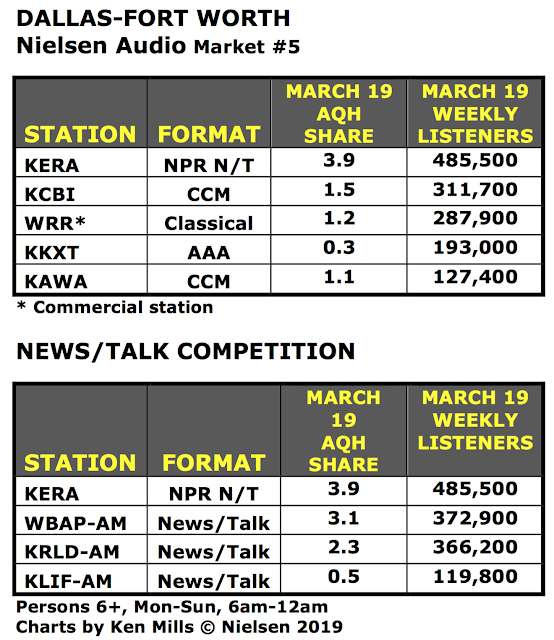 According to Nielsen Audio PPM ratings for March 2019, NPR News/Talk station KERA has increased its lead as the number one radio news source in Dallas-Fort Worth.

Gordon McClendon would probably rollover in his grave if he KLIF’s pitiful performance.

KLIF was once one of the nation’s leading commercial news stations. (Scroll down the read more about KLIF.) 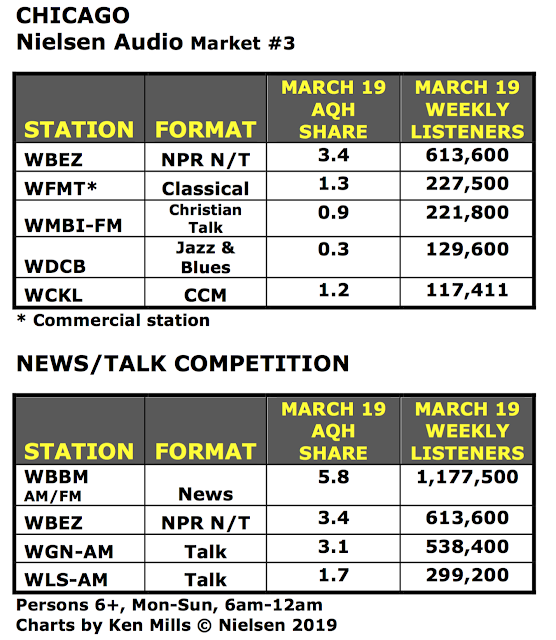 In Chicago, WBEZ had one of its best “books” in recent memory.
WBEZ still trails perpetual commercial news station WBBM.

‘BEZ now leads both WGM and WLS in both AQH share and weekly listeners.

When this station was The Loop, it frequently had more than a million weekly listeners. 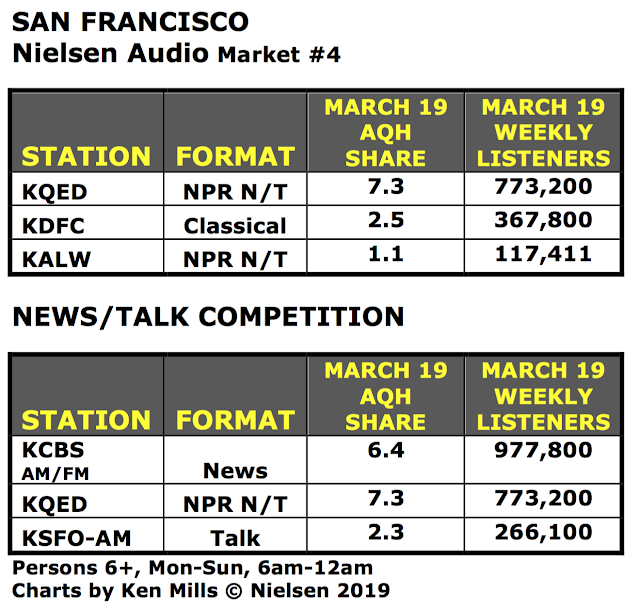 In the Bay Area, KQED continues to have the top AQH all rated stations in the market, regardless of format.

Wallace has been influential in format focusing, improving NPR News’ relations with member stations and a friend to many in the biz including us. 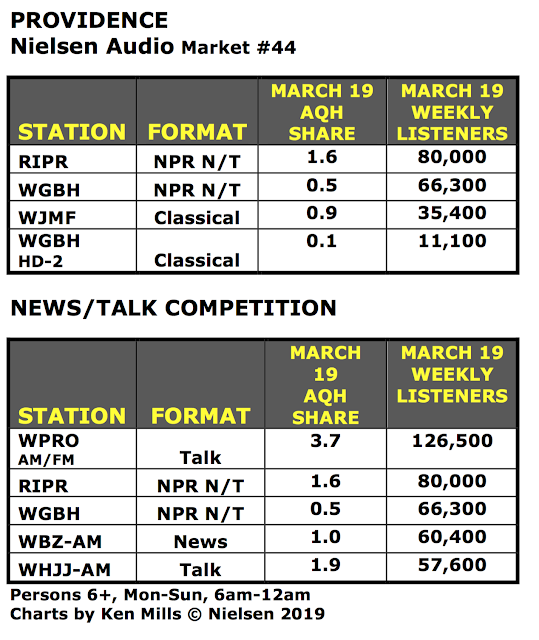 Rhode Island Public Radio is still neck-and-neck with WGBH in Providence with estimated weekly listeners but has the advantage in AQH share.

Boston stations are factors in Providence because of the proximity and shared values. Witness WBZ’s presence in Rhode Island. 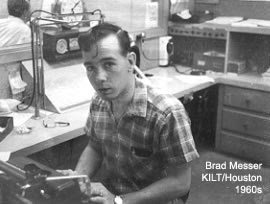 Sometimes when we hear of the passing of person who was involved with a great age of commercial radio – back when the content was as important as the money – we think the person would have loved to work in public radio.

Such is true of Brad Messer.

Messer was involved in at least two eras of radio that influenced folks who currently work in public radio news.

Messer was News Director of progressive rock KMET, Los Angeles during and just after the Vietnam War. A veteran of Vietnam, Messer had unique sources and contacts.  He broke several national stories about discrepancies in the official “body counts” provided by the Defense Department that falsely tried to show the US was winning the war.

In the 1960s Messer worked with legendary programmer Gordon McLendon as News Director at KILT in Houston abd KLIF in Dallas. KLIF was one of the nation’s first all-news stations. Messer perfected McLendon’s style of quick, fact-based reporting, ample use of live reports and thoughtful, but brief, commentaries.

The wonderful blog LARadio.com was the first to report on Messer’s death. The site reports that Messer worked in radio for more than 37 years as a reporter, News Director and talk show host. He also wrote a column about radio news for Radio & Records in the late 1980s and early 1990s.

“Brad Messer was the quintessential radio newsperson of the modern era, the greatest of his generation – not to mention a superb talk show host – and one of the finest human beings I have had the privilege of knowing in the broadcasting business.”

Later in his career, Messer was a talk show host at KTSA in San Antonio. One day in 1992 his topic was reinstating the draft. Messer seldom mentioned his service in Vietnam, but on this particular day he did.

The next caller stunned Messer by saying “Thanks for going over there.” Then there was silence.

Messer reappeared with a choked up voice and said "That's the first time anyone has ever said thank you."

The story made national news because the incident signaled changing views by the public about Vietnam vets.

If you want to learn more about the life and times of Brad Messer, check out his personal website here.