Though most of conference attendees work in commercial radio, Goldstein’s messages are universal. He didn’t disappoint us.

He gave radio broadcasters a reality check about Alexa and her sisters.

Goldstein is the principal in AmplifiMedia [link], a consulting firm specializing in the use of digital platforms.

We like Goldstein’s cool and rational approach to all forms of media. Plus, he sees media from a radio point-of-view.

Before starting Amplifi, for two decades he was in charge of programming for Saga Communications, one of the most respected commercial radio operators.

We are frequent readers of Goldstein’s blog Blogstein [link] and we encourage you to check it out.

Goldstein’s presentation at The Conclave concerned digital platforms that are of great interest to broadcasters: Podcasts and Smart Speakers. He made news in his remarks about changes that are underway regarding Alexa.

He considers smart speakers to be a unique emerging platform where the user’s voice causes “frictionless” navigation and interactive activity.

Goldstein said the assumption that smart speakers are “the new radio sets” is flawed for four reasons:

1. Adaptation of smart speakers is moving fast but the reasons people using them are still evolving.

The penetration of smart speakers, to date, has out-paced ideas for uses for the devices. People are now encountering smart speakers in hotels, stores and other public places. But users are still in the “oh wow” phase. Now people are asking What more can Alexa do?

The coming trends are activities designed for the platform, particularly interaction. Simulcasts of radio programming are linear and seldom interactive. The takeaway is to not take current radio usage for granted because Alexa can do many different things. 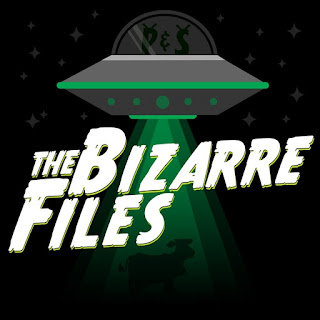 The fastest growing types of native content are on-demand “bite size” audio packages that are 60 to 90-seconds in duration.

A prime example is The Bizarre Files [link], a weird and wild audio "bite" produced by the morning crew at WMMR, Philadelphia.

3. Some people find using smart speakers confusing and the dropout rate is high.

Once a user has had Alexa play Louie, Louie and heard the weather forecast, what comes next?

4. Users want to have an experience.

An emerging trend is using smart speakers for interactive games. One of the most popular is Jeopardy for Alexa [link].

In January NPR introduced a Wait, Wait…Don’t Tell Me news quiz [link] for Alexa that has become very popular.

Goldstein advised radio broadcasters not to “just check the box” and be satisfied with Alexa simulcasts, move beyond the ordinary and engage with listeners.

Goldstein also hosted a panel focusing on podcasts that succeed.

Our favorite panelist was a woman named Falen who is a member of the crew on The Dave Ryan Morning Show on Contemporary Hit station KDWB.

Falen noticed that some of the station’s listeners were seeking her out to talk about failures in love.

She got a chuckle from the crowd when she said she started the podcast on her own and didn't even tell anyone at KDWB she was doing it.

But everything worked out with management because Heartbroken had become so popular. She maintained ownership of Heartbroken but is allowed to do only one on-air plug per day. Falen told the folks at The Conclave that Heartbroken now has 150,000 to 200,000 downloads per month.

Like Goldstein, The Conclave provided ample news that attendees could use We had not attended The Conclave for quite a few years. We were pleasantly surprised by the large turnout (it is similar in size to the PRCC) and consistently high quality of information that was presented.

There were only two people from public radio at this year’s Conclave: Fred Jacobs and us. We hope that in future years more public media folks will attend the Conclave in future years. Thank you to Lori Lewis, the Executive Director of The Conclave, who kindly provided us with a press pass.

Memo to the PRPD: Consider Steve Goldstein as a speaker at next year’s Public Radio Content Conference.

We appreciate it when people ask us about the effort to establish a NPR News/Talk station for the Rio Grande Valley (RGV). The only station in RGV ended on May 30, 2019. It is now the largest metro area in U.S. that does not have a local NPR member station.

Last Friday an excellent story on the Texas Observer website [link] by reporter Gus Bova provides a comprehensive summary of the situation.

Bova’s article -- In the Rio Grande Valley, a fight to bring back NPR – also appears in the latest edition of the Columbia Journalism Review [link]. 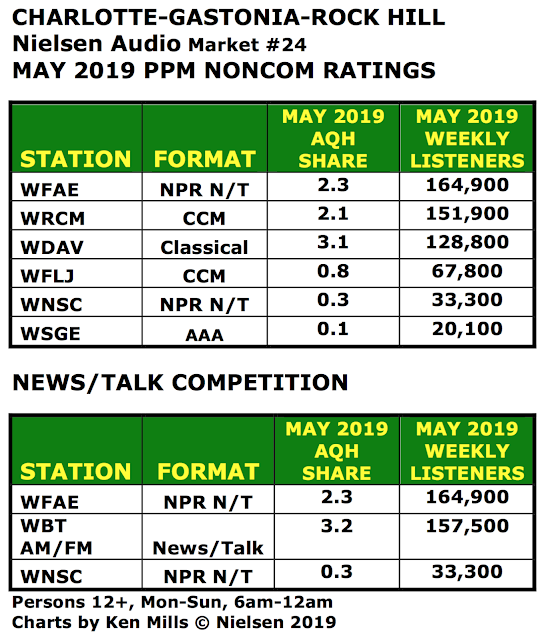