WELCOME TO WILLCOX, ARIZONA, WHERE CONSOLIDATED COMMERCIAL RADIO FORGOT ABOUT ITS HOMETOWN 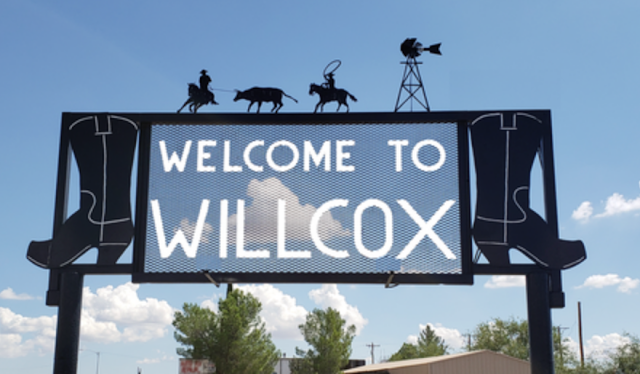 Last Friday we were talking about the 46% of CPB radio CSGs that, as a group, have seen revenue drop over the past five years. This is a serious issue that we will return to soon,

Today we have a story that might make you say: “Things could be worse. I could be working in consolidated commercial radio.”

The story is set in Willcox, Arizona, roughly 90 miles east of Tucson on I-10. In Willcox, there is a small cluster of commercial stations that were discarded as a result of the hyper-consolidation of commercial radio.

The story is told in the June 6th issue of The Guardian in an article [link] written by Debbie Weingarten titled “America's rural radio stations are vanishing – and taking the country's soul.”

The article was supported, in part, by the Economic Hardship Reporting Project and the Puffin Foundation.

The leading character of Weingarten’s story is Mark Lucke, a man who is in charge of a small cluster of commercial radio stations based in Willcox.

Lucke feels he has a bigger challenge.

He is trying to preserve a sense of local identity in Willcox by playing the music of his life on his beloved KHIL-AM, once the heartbeat of his hometown.

Weingarten’s wonderful article is filled with a sense of loss. Her words brilliantly capture Lucke’s personal loss and what happens when a community looses a local service like KHIL, a vital voice that once was a connection between its listeners and town residents. 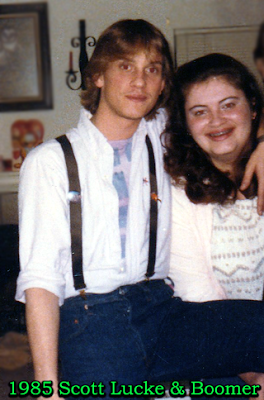 Lucke’s tie to KHIL is deeply personal and is centered on the music he heard on the radio. He grew up like a character in the movie Dazed and Confused.  Besides Lynyrd Skynyd tracks, his library is filled with country music.

Sometimes one these songs evoke memories that Lucke finds troubling.

They take him back to times when his parents fought in front of him, spurred on by alcohol and a George Jones tune.

Music gives Lucke a release so you might hear him play Mel Tillis, followed by Van Halen, followed by to Michael Jackson. Plus Lucke plays listener requests.

Life is tough in Willcox. Lucke and his son live in the back of the station. Few people ever stop by or call KGIL. Most of the time, music drones on without any human presence via automated or satellite-fed programming. 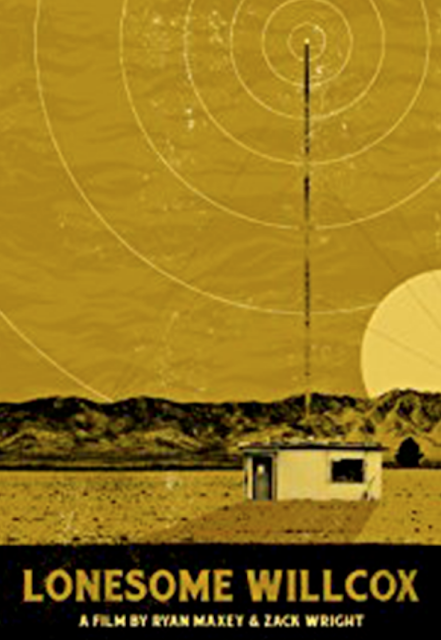 Weingarten paints a picture of a bleak and lonely existence.

She has created one the finest nonfiction stories ever written about life in the radio biz.

Radio stories like this are rare, so read it and savor it, particularly if you have ever worked in small-town commercial radio.

To see and hear Lucke and KGIL check out the short film Lonely Willcox.

Produced by Lucke and his associates, the film features raw and urgent narration by Lucke.

It has a vibe similar to The Last Picture Show.

KHIL & THE HYPER-CONSOLIDATION OF COMMERCIAL RADIO

During that era KHIL prospered. It was the central meeting point in Willcox.

In the 1980s, Allen sold KHIL, and its sister FM station, to a regional group owner.

But, the good years didn’t last long. Two decisions by the FCC in the 1990s changed almost everything in commercial radio.

First, the FCC repealed the “three-year rule.” It required that owners of FCC licenses for radio stations to operate the stations for a minimum of three years before being allowed to sell them.

Next came the Telecom Act of 1996. It radically increased the number of stations a single company could own in one market. The combination of these two changes set off wave after wave of station sales and ever bigger consolidated clusters of stations under one roof.

KHIL was sold several times after 1996. It became a commodity that could be sliced and diced and consolidated with other stations by corporate owners trying to get the big prize: FM licenses that could be moved to distant, bigger markets.

In those days of go-go deal making, companies moved FM signals to bigger markets to increase the value of the license. These “move ins” were sometimes called “rim shots” – a phrase that means getting the transmitter to a location where a signal could be heard in a more lucrative market.  The station would then identify as being in the new markets and forget about serving its city-of-license.

Several corporate owners tried to move KHIL’s FM signal to a location that would allow it to penetrate the  Tucson market. But the FCC never approved these plans because Tucson's FM dial was getting full and Willcox was too far away.

KHIL was left on a trash-heap of failed stations that couldn’t be consolidated. Therefore, KGIL became worthless to big corporate radio.

Today KHIL is part of Willcox Radio [link]. Lucke is in charge of KHIL and several other co-located stations.

The new owners operate as cheaply as possible, trying to ring every last dollar out of it.

KHIL exists as a sad place, a hollowed out shell of a American radio that was ubiquitous not so long ago.

THE ROAD NOT TAKEN

Weingarten’s article focuses solely on commercial radio stations. It does not mention noncommercial public radio, community radio or LPFM stations. This is too bad because just 75 mils south of Willcox is a LPFM station that is doing very well and might be an example of what Lucke could have done in Willcox.

KBRP-LP is located in Bisbee, a town that isn’t much larger than Willcox. KBRP [link] brings together over 100 people who do programs that Lucke would likely love.  KBRP bought and refurbished a local movie theater that now is an entertainment destination. The combined operation has annual revenue over $125,000.

It is too bad that Lucke never considered an LPFM station for Willcox like KBRP. It could have worked nicely. Thera are plenty of open FM frequencies open In Willcox.