This week we have been looking at the November 2019 Nielsen PPM ratings compared to one-year prior, November 2018.

We choose a Station of the Year for each of public radio’s four major formats based on their one-year ratings performance. We recognized Indie 102.3 in Denver and MPR News. Today we are featuring KPAC, San Antonio and KMHD, Portland. 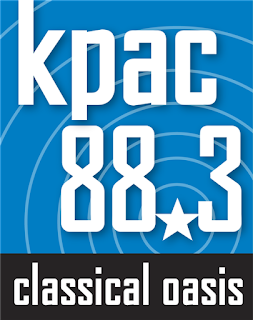 KPAC [link] has been a part of life in San Antonio for 37 years.

Over these years, the station has been an advocate for Classical music, the arts community and events. 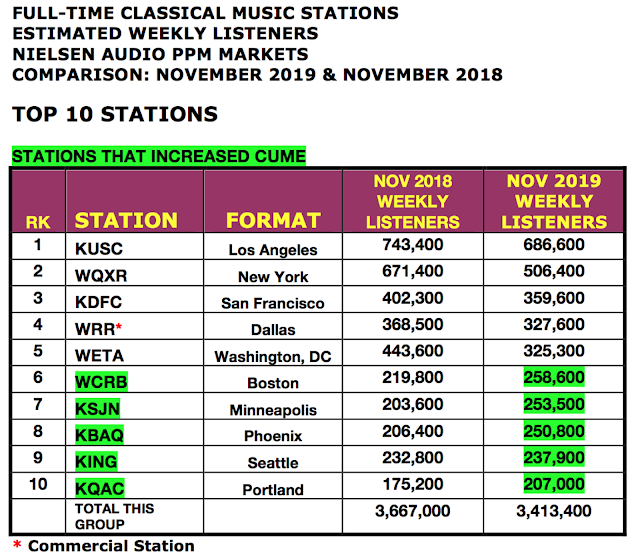 WQXR, New York had the biggest decline (24%) in estimated weekly listeners, loosing 165,000 listeners during the period. 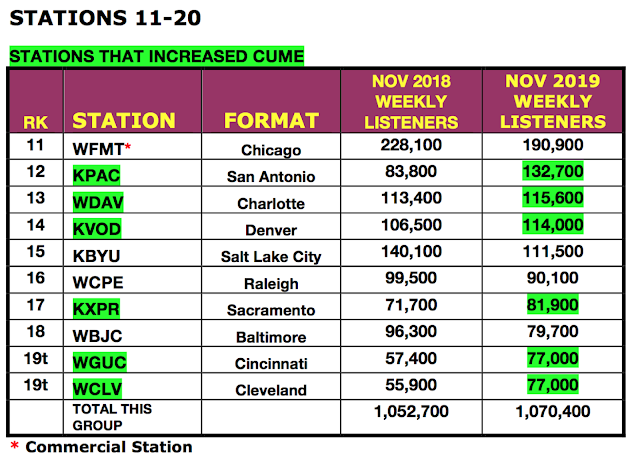 However, the majority of 28 full-time Classical music stations (54%) increased the number weekly listeners. 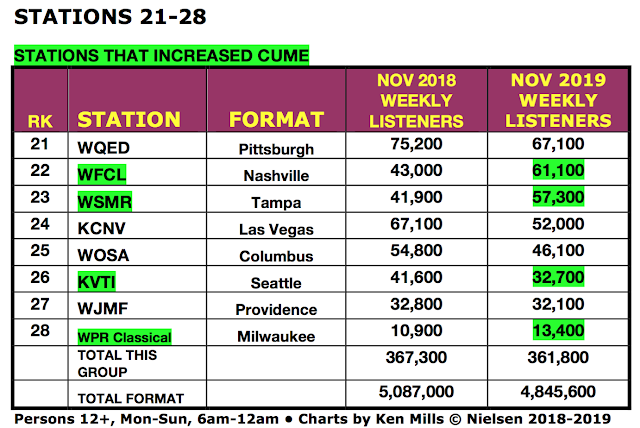 In addition to the gains by KPAC, the number of weekly listeners went up 19% at KSJN, 17% at KBAQ and15% at WCRB and KQAC.

There are five HD channels airing full-time Classical music that met Nielsen’s criteria to be reported in November 2019.

To the best of our knowledge, none of these HD stations is repeated on a FM translator. The only HD channel that had a significant audience Is KUHF-HD2. 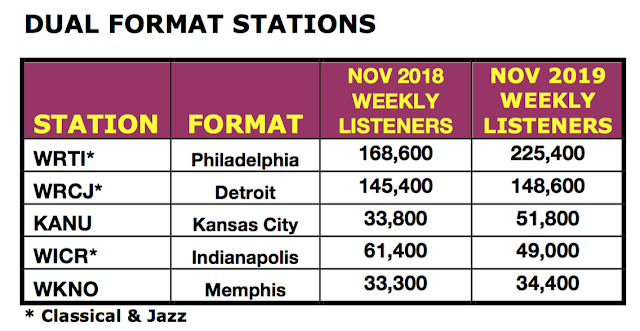 Five stations with dual formats air blocks of Classical. Three have both Classical music and Jazz music. KANU in Lawrence and WKNO in Memphis. 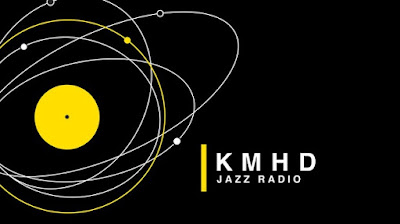 Our choice for Jazz music Station of the Year is KMHD in Portland. Oregon Public Broadcasting (OPB) operates it. KMHD [link] faced an existential challenge during 2019 when KMBH’s licensee, Mount Hood Community College, considering ending their agreement with OPB. But KMHD signed a multi-year renewal. 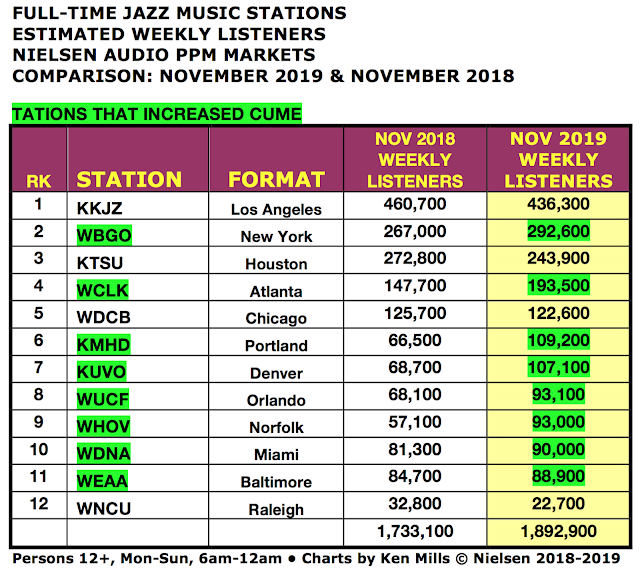 None of the four HD channels airing Jazz, had a significant number of weekly listeners.

Dual format KNKX in Seattle-Tacoma lost over 22% of its estimated weekly listeners.