CHANGE IS COMING IN DELMARVA RADIO • IS NIELSEN MISSING SOME NEWS LISTENERS IN IOWA? 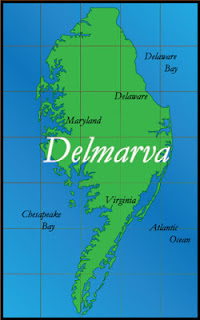 Delmarva is a peninsula that includes the state of Delaware and portions of Maryland and Virginia.

There is no “central city." What everyone has in common is the breeze from beach.

We have reported often about Delmarva Public Radio’s (DPR) struggles with financial shortfalls, questionable programming and conflicts between Salisbury University, the licensee, and DPR.

But change is on the way.

In October 2019 WAMU announced their intention to sell WRAU 88.3FM, a 50,000-watt signal that now simulcasts WAMU programming.  It puts a single into almost every inch of Delmarva. 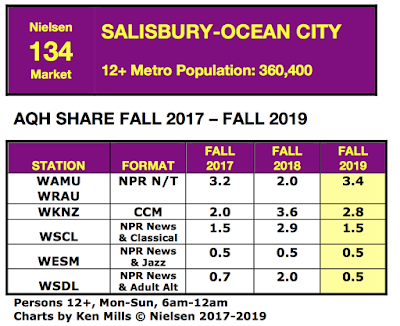 WAMU is selling WRAU because of the costs of operation and a desire by WAMU to focus its resources on DC.

Though there have been rumors of potential buyers, The station has not been sold.

Managers of other Delmarva noncom station are waiting to learn whether WRAU will continue as a NPR News/Talk station, or will it become a Christian Contemporary Music stations.

WRAU matters because, according to the Fall Nielsen ratings, it is the top noncommercial station in the market. The other stations air NPR News part-time.

Gerry Weston, GM of WESM, has been in contact with leaders at DPR about a cost-haring partnership and focused formats on the three stations.

Weston confirmed that discussions are still ongoing between the parties. Weston said the pace of the decision-making is slow. 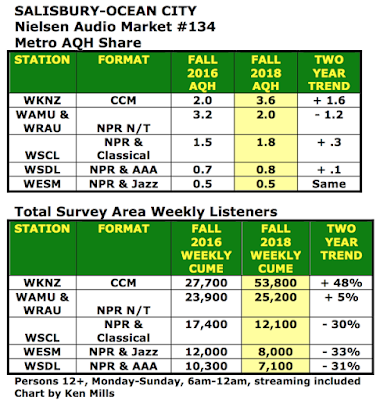 DPR was forced to relocate the antenna of WSCL 89.5. The antenna had been on a tower owned by WHYY to relay TV signals. A complete report by DPR is available here.


DPR allegedly was told about the change in a letter from WHYY. The “terms” were: Take your antenna off our tower within 60-days, or, pay a much higher rent.
KEN SAYS: This is a most unusual story.

If true, the actions that are described are not part of public media’s core values. 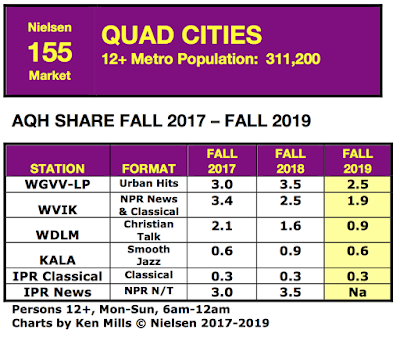 In the Fall 2019 Nielsen ratings, they reported that listening to stations with the NPR News  format is declining.

Perhaps this is true.

Or, maybe is there is a problem with their sample size?

We couldn’t find enough data to report on Fall 2019. 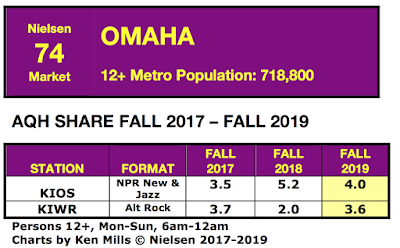 In Omaha and the Bluffs, The River [link] keeps rocking in the free world.

The River sounds best when driving on a two lane road, 40 miles north of Omaha on a two-lane highway .

It is time to the roll down the windows and listen to Bruce Springstrin sing Thunder Road on
The River. 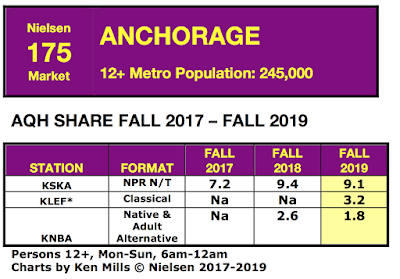 In Anchorage we listed KLEF [link] to say hi to the folks at Your Concert Hall,

KLEF has ties to public radio.

They have operated as both a noncom and commercial station.