Mary Dixon, a popular media personality in Chicago, will debut as the new Morning Edition anchor at NPR News/Talk WBEZ in February.

Dixon comes to WBEZ after she was dumped by commercial Adult Alternative station WXRT.

Her job at WXRT was eliminated in December 2019 because of corporate budget cuts.

WBEZ’s quick hire of Dixon is big news in the Chicago media world.

At WXRT, she was an award winning radio journalist and a popular personality for almost three decades. She hosted the morning drive show with Lin Brehmer.

Dixon’s ouster was part of a move by Entercom Communications, WXRT’s owner, to end all news programming on the station. For many years, WXRT’s news coverage was praised for its intelligence and enterprise. WXRT made national headlines with investigative reporting exposing a college paper-writing scam and the rise of the American Nazi Party in Chicago.

“Mary Dixon was the last-standing journalist at WXRT. [Her firing] puts an end to a tradition of award-winning reporting, presented over the years by a staff that at its peak [was] number three [in the Chicago ratings].”

Now WBEZ adds Dixon’s credibility to its already stellar news operation. Plus, WBEZ also gets a “bankable” personality whose name is universally known in the city. Nice move ‘BEZ!

Larkin is well known in Minneapolis media circles for his three decades of broadcast management, promotion and community outreach.

In recent years Jazz 88 has become one of the top rated Jazz stations in the nation. The Minneapolis Public School District owns the station. In addition to Jazz, KBEM airs exclusive traffic reports from the Minnesota Department of Transportation in morning and afternoon drive times.

Larkin said in a press release:

“I’m excited to join this legendary station and to continue its mission to serve."

"As radio and the media industry continue to evolve, I see fantastic opportunities for us to engage with our audience and to grow our service."

" I’m looking forward to providing even more value to the listeners, the students, and the community.” 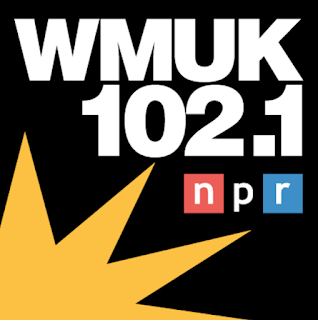 WMUK 102.3 FM is the latest public radio station to add a second signal to increase its service.