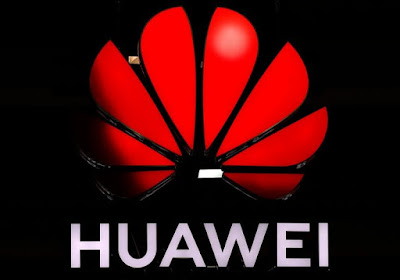 Las Vegas Public Radio (LVPR), a LPFM station that signed on in 2016, may have broken federal laws when it failed to disclose its partnership with Chinese telecom giant Huawei.

(NOTE: LVPR is not associated in any way with Nevada Public Radio, the licensee of NPR News/Talk station KNPR.)

According to an article published on Monday (5/11) by The Free Beacon [link], LVPR is working with Huawei to develop programs for the U.S. In exchange, Huawei promised to help LVPR open a branch in China.

In May 2019, LVPR registered with U.S State Department as a lobbyist for Huawei.

Gregory LaPorta, founder and CEO of LVPR, told The Free Beacon that he and LVPR have received no money or in-kind compensation for its work for Huawei.

LaPorta also has provided consulting services for the Chinese Ministry of Foreign Affairs.

In September 2019, LVPR (a/k/a KIOF-LP), announced that they were in the process of opening an office, and possibly a radio station, on Mainland China.

LaPorta then traveled to Beijing to set up the arrangements. While in China, he also met with Chinese officials at the Ministry of Foreign Affairs. In a post on LVPR’s website [link], LaPorta said he has been involved with Huawei “…for some time on behalf of the United States representing Las Vegas, Nevada.”
Though LVPR is an IRS-qualified 501c3 non-profit corporation, they claimed in in their IRS filings that they received no money during the past four years. The report in The Free Beacon also said that no paperwork exists in LVPR’s files about LVPR’s relationship with either Huawei or the government of China.

Welcome to the world of Gregory LaPorta, a fast-talking, litigious and secretive man who is known as a chronic complainer who has his lawyer on speed-dial.

According to an article in the Las Vegas Review Journal [link], Gregory LaPorta is President of the nonprofit corporation that owns LVPR.

His wife, Joanna LaPorta, is Secretary/Treasurer.

Long time Spark News readers may recall that we have been covering LaPorta and LVPR since November 2016 when we were the first to report on LaPorta lawsuits against CPB and the FCC. Here are just a few of LaPorta’s greatest hits from previous Spark News posts:

LAWSUIT AGAINST CPB AND THE FCC IN 2016

After being turned down by CPB for a Community Service Grant (CSG). LaPorta argued that CPB unlawfully used Nielsen ratings against him even though "there is no creditable proven scientific evidence or data to support Nielsen’s claims" of audience size.”

The lawsuit against CPB and the FCC, filed in US District Court in November 2016 also alleged that CPB’s decision to not provide funding for LVPR “violates federal equal protection and due process standards.”

Regarding the FCC, LVPR suit claimed that “…the addition of the letters "LP" to the station's call sign is "discriminatory, exclusionary and confiscatory," because it is a ‘turn off’ to underwriters.”

LaPorta also said that “CPB and FCC boards are full of weak-kneed yes-men who won't rock the taxpayer funded gravy train that everyone on the inside benefits from.”

LaPorta also alleged that “that a conspiracy exists by officials from CPB and the FCC to deny LVPR funding.”

“LVPR recognizes that one of two possibilities exists: The board members of CPB and the FCC] act in concert, individualluy (sic), privately and outside of LVPR's public application process..”

The US District Court later dismissed the lawsuit.