LESSONS LEARNED FROM THE DEMISE OF KUSP, SANTA CRUZ IN 2016

This post is from the Spark News archives. It first appeared on August 3, 2016. 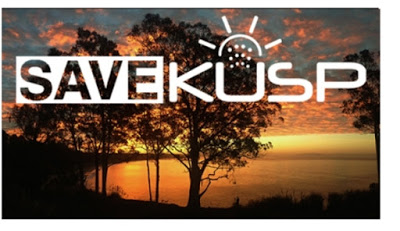 The end had finally arrived at KUSP in Santa Cruz, California.

On July 31, 2016 KUSP signed off the air, ending months of angst-filled in-fighting and years of mismanagement.

KUSP's Board President Matt Farrell, summed it up this way in KUSP's final press release:

“This decision reflects the reality of the station's financial situation; we simply cannot afford to broadcast any longer."

The shutdown came despite a last-minute effort to convert KUSP to an AAA “music discovery” format.  There simply was not enough time for the new format to establish itself.

According to a recent report by the Public Media Company (PMC), KUSP’s debts are over $860,000 and continue to grow every day.  KUSP has run out of money [quoting from the PMC report]:

“KUSP is financially broke. As of September 28, 2015, the unrestricted cash was zero. This is despite two substantial donations in the last fiscal year that totaled over $250,000. ”

Between 2014 and summer 2016 Spark News had published over 40 articles dealing with KUSP’s impending doom.  When looking over those posts, it was obvious the end was near.

It is timely to look at lessons learned and we hope other stations don’t follow KUSP’S path to oblivion.

WHAT WENT WRONG AT KUSP?

Pataphysical’s bylaws stipulated that in addition to Board members and management key volunteers and employees could nix any changes at the station. Operating the station became a nightmare because even “honorary members” had the right approve or deny changes. Instead of moving forward, KUSP was divided into factions playing out personal agendas. It was death by committee.

It was never clear when a vote required. Under California law, corporate bylaws determine the rules of the road, so KUSP was stuck in the mud. To the best of my knowledge, these bylaws are still in effect today.

2. THE LEADERSHIP OF KUSP DITHERED AWAY CHANCES TO TURN THE STATION AROUND

For most of its life, KUSP aired the major NPR News magazines, Pacifica shows such as Democracy Now!, plus a variety of local music and opinion programs. Then, In 2000, another station, KAZU in Pacific Grove began airing NPR News/Talk programming 24/7. From that point on, KUSP played second fiddle to KAZU.

After the rise of KAZU, KUSP became increasingly unsustainable. The red ink slowly increased and the station existed because of cash flow. Debts began to go unpaid. Management at KUSP got worried and decided to act.

Board members came up with a new scheme to save KUSP.  Because of KUSP’s arcane system of governance, they needed the member’s concurrence to move forward.  They didn’t get it.

In summer 2015 KUSP seemed to get a lifeline. The Board announced it had received a gift of $100,000 from an anonymous donor. Soon the $100k was gone and KUSP still didn’t have a plan to deal with the rising red ink.

In September 2015, KUSP’s Board brought in Public Media Company (PMC) to assess the dire situation at the station and make recommendations. for the future. PMC’s advise was was “Get real or go out of business.”

In October 2015 KUSP switched to a fulltime AAA format.  The format might have worked but there wasn’t enough time and resources to make it happen. KUSP ended on July 31, 2016.

3. KUSP WAS MORE CONCERNED ABOUT “POLITICAL AND CULTURAL PURITY” THAN SERVING LISTENERS 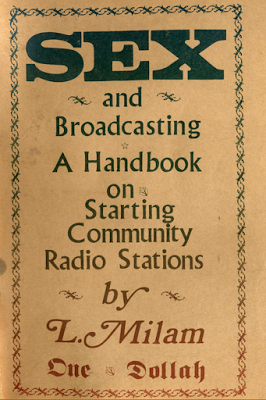 Credit or blame KUSP’s co-founder Lorenzo Milam for the death of KUSP. Milam has been called the Johnny Appleseed of Community Radio because he inspired dozens, maybe hundreds, of independent community stations.

In 1972, Milam published Sex and Broadcasting, a primer about how to file an application for a new station with the FCC. At that time there were many unclaimed frequencies. We bought our copy of Sex and Broadcasting at a “headshop.” We saw it on a shelf next to High Times.

Milam was a “true believer, at least in his own mind.  He worked at Pacifica’s KPFA and founded KRAB-FM in Seattle in 1962. He also played a role in the founding of KBOO in Portland, KDNA in St. Louis, WYEP in Pittsburgh and many more.

Sex and Broadcasting became a bible of sorts for community stations.  Even now, some station managers still have a copy. It influenc”e many new community stations to adopt the “Pacifica Method” of governance and programming.

Milam was a visionary who exceled in concepts and theories.  But, he wasn’t good at running anything.  Folks sais he was a genius with poor people skills.

Here is a sample of the programming advice that Milam gave the founders of KUSP:

“KUSP is the sound of this life around us, in and around Santa Cruz, whatever is joyous, creative, dramatic -- that we want to find with our microphone, and by means of RadioMagick, send back to you, amplified and intense.”

“[On KUSP] we want the sounds of dulcimers, flutes, bagpipes, guitars -- electric and acoustic, horns, violins, tom-toms... the sound of our musicians.”

Milam’s advice was useless. The people who ran KUSP over the years didn’t realize his advice was bullshit until it was too late.