RETRO FRIDAY: “GROOVIN’ ON A SATURDAY NIGHT IN VIETNAM”


In the late 1960s many Top 40 stations aired a fascinating weekly public affairs program called Silhouette.  It was produced by the American Lutheran Church and helped music stations meet ascertainment requirements without going out of the format.

Silhouette was created by host John Rydren, a seminary student in St. Paul. The show mixed short clips of young folks chatting about current issues with the hottest songs of the day. Sometimes Rydren crafted sound assays – messages read over instrumental versions of popular songs, sort of like Joe Frank or Rod McKuen.

Most of Rydgren’s sound assays are laughable now because they are so hippy-dippy and over the top.  But today’s clip features what I believe is John’s best work: Groovin’ on a Saturday Night from 1968.  This sound assay resonated with me because at the time I was of draft age and I wondered if soon I’d be in Vietnam…

John Rydgren became “Brother John” when ABC Radio hired him to be the voice of its national automated “Love” FM network.  That concept sank in a year or so and Rydren moved to K-EARTH, an oldies station in LA.  He worked at K-EARTH until his death on the air (no kidding!) in 1988. 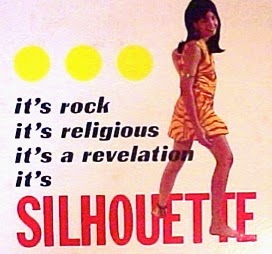