APM SPINS “IN THE DARK” INTO A PUBLIC RADIO SPECIAL SERIES 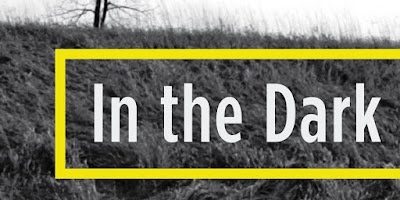 In the Dark examines how law enforcement handled the kidnapping of 11-year Jacob Wetterling. The case went unsolved for nearly 27 years.

In the Dark not only shines new light on the case, it led to the creation of the federal sex offender registry and caused changes in how law enforcement handles similar situations.

The podcast and radio series were produced by a team led by reporter Madeleine Baran, who won a Peabody Award for her reporting on clergy sexual abuse in Minnesota.

According to APM, there have been more than 3.5 million downloads of In the Dark since September. In the Dark has been praised around the world.

Vox.com [link] said: “In the Dark goes beyond the typical manhunt. It figures out why authorities so badly bungled the investigation in the first place.”

According to the reviewer for Esquire: “In the Dark is easily the best true crime podcast since Serial—even better, if you ask me.”

“Be warned: I found parts of In the Dark almost impossible to listen to. Not because of its violence, but because of the innocence of the children and adults affected in the case.

Jacob was walking home from a video store with two friends when he was taken and we hear, back then, his brother talking about what happened when Heinrich [the abducter] stopped them. We hear his parents, interviewed recently by Baran, trying to recall exactly what happened, bickering over details. Gradually, as the podcast continues, we begin to understand the vast fallout of Jacob’s disappearance, the lives it turned inside out and wrecked, how it altered the local community, changed US laws.”

The radio version of In the Dark also includes a follow up discussion with Baran and APM Reports’ producer Samara Freemark, hosted by Marketplace Weekend’s Lizzie O’Leary.

WHY THE RADIO VERSION OF IN THE DARK MATTERS

Public radio does NOT have enough compelling new programs in the pipeline. Resources are too often going solely for not-for-broadcast vehicles. Though there are important differences between the production of podcasts and radio programs, the topics and source material are easily adapted for radio.

The close relationship between radio and podcasts is well known. Many of the biggest fans of podcasts are also core listeners to public radio. Keep in mind that Serial began as an episode of This American Life. The play on TAL exposed Serial to a couple of million listeners, a major factor in that series success.

An alert SPARK! reader notified me that I mistakenly used the name “Gordon Kimball” in Friday’s post [link] about America’s Test Kitchen (ATK). The name of the former ATK host is actually “Christopher Kimball.”

I apologize for the error, particularly to other bloggers and reporters who re-posted my article.