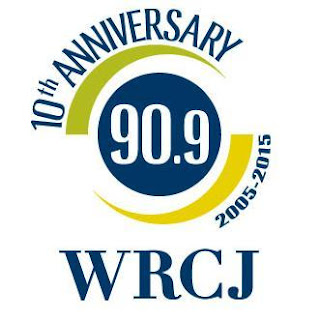 Detroit’s dual format Classical and Jazz station WRCJ [link] has a new owner but no changes are expected in the day-to-day operations. WRCJ, formerly WDTR, has been licensed to the Detroit Public Schools for many years.

The sale was necessary because of July 2016 State of Michigan legislative order to dissolve the Detroit Public School District. As part of the dissolution, the District was required to liquidate its assets including the license for WRCJ. The new owner of the FCC license is a new nonprofit organization, Detroit Classical and Jazz Educational Radio LLC, created by Chicago-based Stanley and Judith Frankel Family Foundation. The sale price was $6 million.

In 2005, the Detroit Public Schools crafted a local management agreement (LMA) with Detroit Public Television, owners of PBS station WTVS, to operate WDTR. The call letters were then changed to WRCJ. The Frankel Foundation [link] will continue the LMA.

WCJR airs Classical music from 5am until 7pm daily and Jazz music in the evening and overnight. According to Fall 2016 Nielsen Audio PPM ratings, WRCJ had 130,700 estimated weekly cumulative listeners and a 1.2 AQH share.

Though no changes are anticipated in the near future, the ownership change may allow future partnerships and collaborations that were difficult to obtain with the School District.

Last Friday 1/8/17 we featured Rhode Island Public Radio (RIPR) and the terrific work done by Torey Malatia and others to establish RIPR as a top-notch news and information source [link]. Now RIPR has an opening for an Environmental Reporter.

The job is a full-time salaried position with benefits including health, dental and vision, 401k, 3 weeks paid vacation, company-paid IPhone and more. For more information go to [link].

In Richmond, two out-of-town signals from Roanoke, both owned by WVTF, continue to build a listener base in Richmond. Though dual format WCVE continues to lead the market in weekly cumulative listeners, the time may be coming when they need to need to choose a full-time format. WFFC, known as Radio IQ, airs 24/7 news and information.

Triple A WNRN, based in Charlottesville, took a major hit in its number of estimated weekly listeners. Could progressive music WRIR (which does not currently subscribe to the ratings) be impacting listening to WNRN?  WNRN typically appears in at least four rated markets. We will look to see whether this trend appears elsewhere.

It is a “WXXI World” in Rochester. They own or operate via LMAs all of the stations listed. Look for changes in 2017.  As we reported last July [link], WXXI-AM acquired an FM translator, so there may be frequency shuffling coming soon.

All seems well with NPR News WBFO and Classical WNED in Buffalo.

Here is a question for you: WBFO & WNED aggressively promote their listening in Ontario Canada.  How many Canadian listeners do they have?

They even have an underwriting sales office in Toronto. But, I have never seen data documenting American radio listening in Canada. I checked with Numeris [link], the Canadian ratings company, and not a single US station is included in their top-line data.  Got any tips where I can find this info?