One of public radio’s “greatest generation” – the men and women who built key stations in the system, John Greene has retired as GM at KUER, Salt Lake City. Greene has been in charge at KUER for over 28 years.

Under his guidance, KUER was one of the first medium size market stations to flip to an all-news and information format in 2001. Many more stations have successfully followed KUER's example. 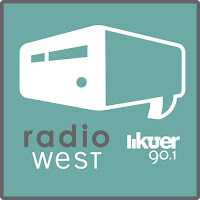 One of his most notable accomplishments at KUER was the creation of RadioWest, a talk and interview program that influenced many other NPR stations to start similar local programs. Greene kept KUER the top noncom station in ratings and revenue.  Salt Lake City is a very competitive media market.

Greene started in broadcasting as a volunteer at KRCL in Salt Lake City and became that station’s GM. He was GM at KUNR, Reno before returning to Salt Lake City to lead KUER.

Radio Research Consortium (RRC) is now releasing Nielsen Audio ratings for Fall 2016 daily through January.  We will feature some of the most interesting markets as the data becomes available. Then we will have composite lists by format and examine trends.

Today we have three of the “biggies” that are measured by Diary methodology: New Orleans, Oklahoma City and Louisville.

NPR News flagship WWNO did not subscribe to the Nielsen ratings in Fall 2015 or Spring 2016.  The most recent data we have is from Fall 2014 when WWNO had an estimated 82,200 weekly cumulative listeners. Things are looking good for WWNO – they are up about 20% in two years. The Spring 2017 “book” will likely provide the first listener info for WWNO’s new Classical 104.9. 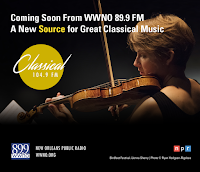 Meanwhile listening is on the rebound at heritage jazz outlet WWOZ. Arthur Cohen has not only brought harmony to the staff, the number of estimated weekly listeners is up over 15% from a year ago.

NOLA’s low-power WNOZ makes its first appearance with a small audience. It is a “smooth jazz” station in a city that loves jazz music.

The big news in OKC is the continuing rise in cumulative weekly listeners at Classical KUCO. KUCO is now celebrating 50 years of service. Congratulations!

KOSU has spent a lot of time and money in the past few years increasing its coverage and visibility in Oklahoma City. Then they wind up loosing estimated weekly listeners while competitor KGOU shows nice gains. Like the OU Sooners and the OSU Cowboys, there will always be a new battle next season.

Classical music is also doing very well in Louisville. WUOL is showing a nice increase in estimated weekly listeners and NPR News WFPL is also up. At Triple A WFPK, it is same as it ever was.  Thank you Talking Heads!