We haven’t written recently about HD Radio because there has been little to say. The 200+ noncommercial stations that took CPB’s offer to establish HD channels are still on the hook for them. The deal the stations made with CPB requires stations to pay CPB back if they abandon HD broadcasting.

Some noncom stations have created new FM stations by having HD channels simulcast on FM translators.  In most cases this is working.  But lots of HD channels, commercial and noncommercial, continue to bear the expense of providing HD to practically no one. Lately I have been seeing “blind” ads offer to lease HD channels like subcarriers that provide Muzak and reading services for the blind. So, the much hyped HD Radio is becoming a side-band service.

SIGNS OF THE TIMES 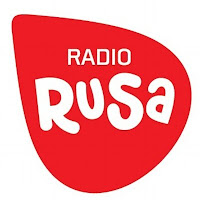 • Radio World recently reported [link] that iHeartRadio has leased the HD2 channel for WWPR, New York, to RUSA Radio [link], a Russian language news service based in Brooklyn. It appears to have similarities to RT – Russia Today, though it is unknown if the Russian government provides funding.

The FCC requires that licensees know what foreign language programs are saying on their frequencies, so we hope someone at iHeart knows Russian and is monitoring their HD2 channel. 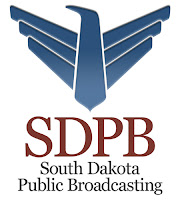 We crunched the numbers for the top 25 full-time NPR News stations based on Nielsen Audio’s estimates of weekly cumulative listeners for Fall 2016 compared to Fall 2015. Michigan Radio’s stations in five Diary markets leads the list with 304,200 weekly listeners, up 7% from Fall 2015.

But wait, there is more: WUOM, Michigan Radio’s flagship, had 195,700 estimated weekly listeners in Fall 2016 in Detroit, a PPM market.

(A note on the methodology: We are tracking full-time News stations to keep this an apples-to-apples comparison. Dual format stations are being compiled for another report.  For example, WFFC in Roanoke is included but WVTF, also in Roanoke, is a dual format station and will be shown in the subsequent report.) 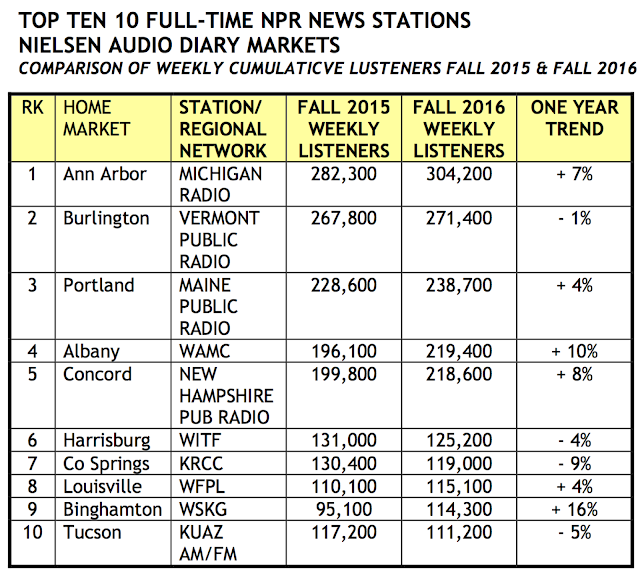 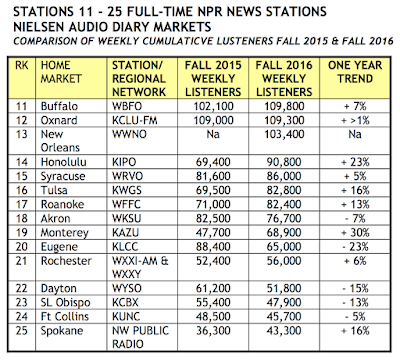 Overall, 15 (63%) stations or regional networks increased estimated weekly listeners in the past year. Nine (37%) had decreases in weekly listeners. We could not compare WWNO because they did not subscribe to the Fall 2015 “book.”

We are listing KLCC on the chart but not in the analysis because we do not have confidence in the data.

KAZU, Monterey-Santa Cruz, led the percentage gains, largely because of the demise of KUSP.

WYSO in the Dayton market, had the biggest percentage decline 15%.