On Thursday, May 4th, Jacobs will unveil Tech Survey 13 at the World Wide Radio Summit 2017, a global commercial radio conference, next week in Los Angeles.  Tech Survey 13 looks at media habits and preferences of more 51,000 commercial radio listeners from over 300 stations. The research was conducted in January and February 2017.

Ever the forward promoters, Jacobs released a few factoids from Tech Survey 13 yesterday. The headline is Millennials Finally Have Their Own Social Media Platform. It is Snapchat and Instagram. The study finds decreasing interest in Facebook, which seems to be becoming the place where your parents hang out.

"Digging a bit deeper, Millennials with a Snapchat profile are up 10 percentage points from last year.  And their daily usage of the app is also on the rise.  INSTAGRAM is also showing strong increases, an indicator this generation is finally getting social networks of their own."

On the right is a chart from Tech Survey 13 showing Millenial’s use of Social Media sites.

Today we look at six bell-weather stations over a period of five years. All five have seen remarkable growth since 2012: Estimated weekly cumulative listeners are up 21% at KQED, 28% at WAMU, 23% at WNYC-FM, 20% at KPCC, 22% WBUR and an incredible 45% jump at WGBH.

Please let me know what you think of the charts and analysis at publicradio at Hotmail.com. I’d appreciate your feedback. 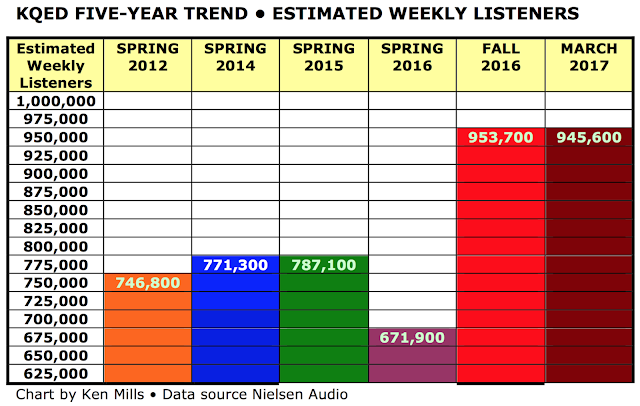 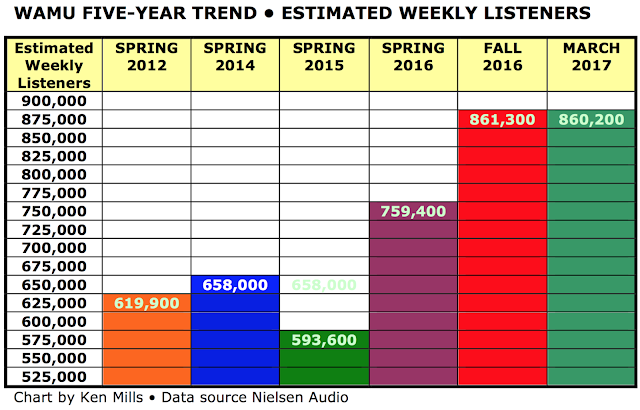 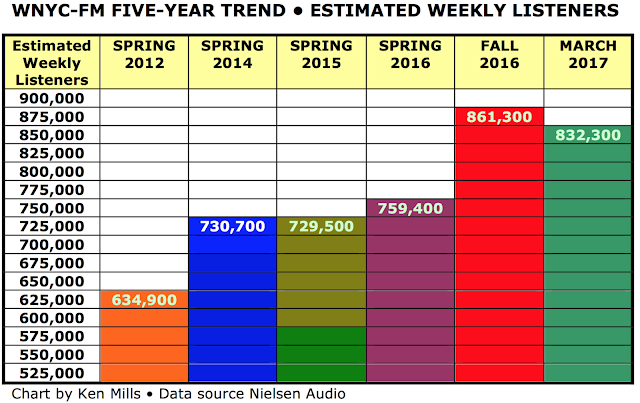 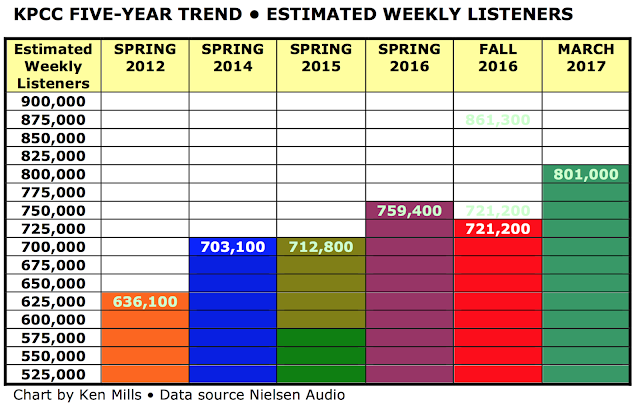 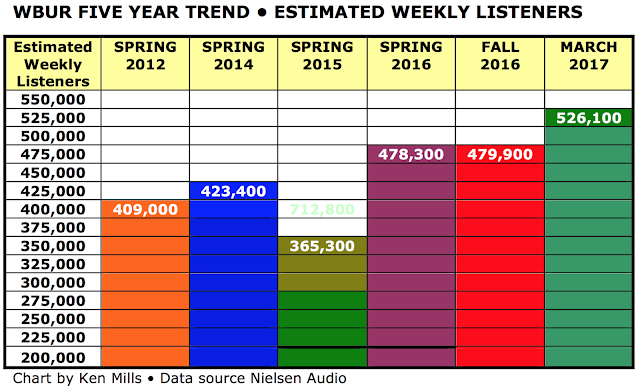 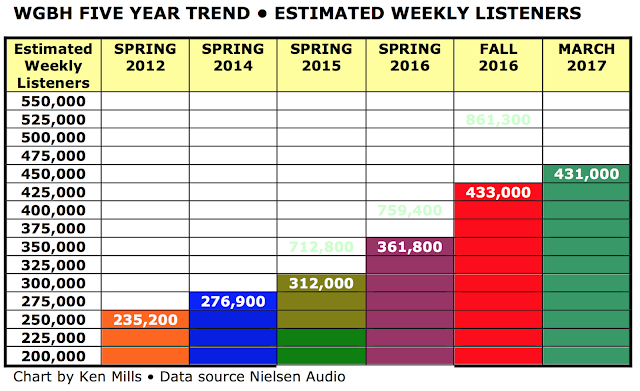