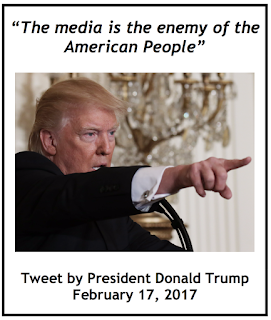 A tweet by President Trump saying “The media is the enemy of the American People” and other threats by Trump and his associates, galvanized RTDNA memebers according to Sheryl Horsley, co-chair of the initiative.

Her co-chair, Scott Libin said: “It has become politically fashionable to bash the press. These threats should not go unanswered.” 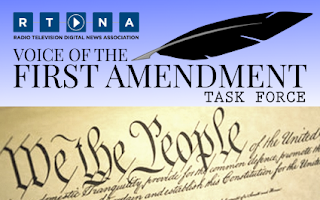 The goals of the task force include the development of a strategic plan to protect and promote the vital role of journalism, reacting to threats to First Amendment Freedoms, proactively supporting journalists and educating the public about the importance of a free press to our democracy.

Journalists and organizations who wish to participate (regardless if they are members of RTDNA) may contact the Task Force at pressfreedom@rtdna.org or may call RTDNA Executive Director Mike Cavender at (770) 823-1760.

The Watchdog Awards are conducted by the Wisconsin Center for Investigative Journalism, the Wisconsin Freedom of Information Council and the Madison Pro Chapter of the Society of Professional Journalists.

Halsted became a familiar voice to WPR listeners during his 20-years of reporting, first in Wausau, then in Madison. He covered the courts and the prison system and also wrote and produced general assignment stories for WPR until his retirement in 2016. Halsted’s examinations of the state’s criminal justice system won several awards and caused reforms in the justice system.

Bill Lueders, president of the Wisconsin Freedom of Information Council, said the following about Halsted:

“For more than 15 years, Gil Halsted turned a bright light on Wisconsin’s criminal justice system, covering everything from state Supreme Court decisions to the grievances of people locked behind bars.  He humanized those on both the giving and receiving ends of this system, earning widespread respect as a fair and conscientious reporter. He gave his job his all, and Wisconsin is a better place for it.”

Halsted began his career in journalism late in life. He spent 10 years as a social worker and then English teacher in Bangladesh, Washington, D.C., India and Wisconsin before landing his first job as a public radio reporter in Kenosha in 1988. 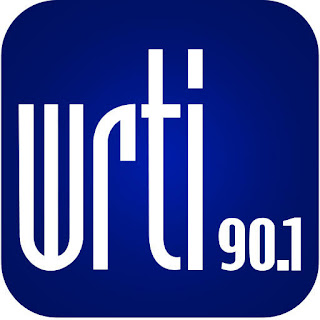 Joe Patti from WRTI, Philadelphia has sent word that the station is looking for a Director of Content.  WRTI is a dual-format station that airs blocks of Classical and Jazz music.

The Director of Content manages the programming and digital departments of WRTI. The director oversees the acquisition and development of all new programming, works with external programming partners and manages a staff of 10 full-time,  and 6 part-time folks, plus supervising volunteers. WRTI is a member of the Classical Music Rising initiative sponsored by the Station Resource Group.

When it comes to the best journalism, media production and management programs in the nation Ithaca College in Ithaca, New York, is on almost every Top Ten List. Ithaca is the home of the Roy H. Park School of Communications, a well endowed, forward thinking institution. Park School graduates are sought out by employers.

The Manager of Television & Radio is responsible for WICB-FM, Ithaca College Television (ICTV) and VIC, a student operated multi-platform program producer. The job pays just under $70,000 per year.

Interested applicants must apply online at http://ithaca.edu/jobs/ and attach a resume, cover letter and list of three professional references. Questions about online application should be directed to the Office of Human Resources at (607) 274-8000. Screening of applications will begin immediately.