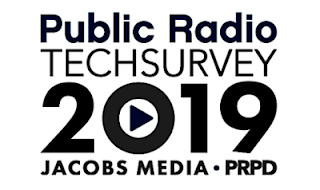 Today we have the third in our series of three posts about the results of Public Radio Tech Survey 2019 (PRTS 2019). 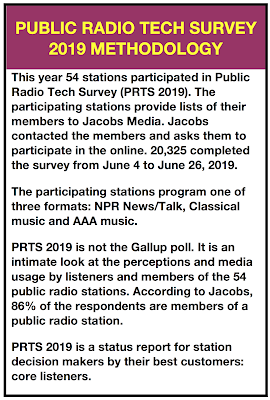 We believe this is the most comprehensive look at the perceptions and behavior of public radio listeners to date.

It is important to remember that this is not a random sample. It is an up-close up view of public radio by over 20,000 core listeners.

Yesterday we looked at the basics of listening to radio: Where core public radio listeners listen, when they listen and the platforms they choose for radio listening.

But, podcasts also compete for the time and attention of public radio listeners, particularly in vehicles. 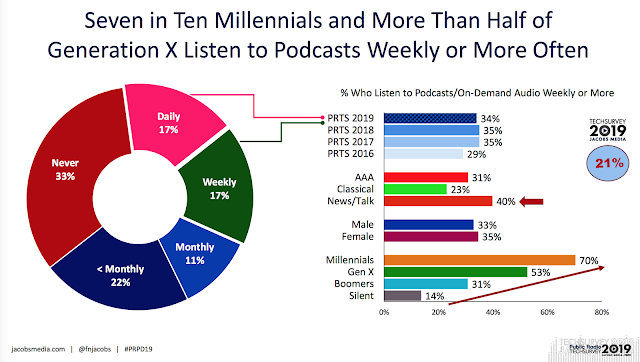 About a third of the participants in PRTS 2019 said they listen to podcasts (and other on-demand audio) at least weekly. This is significantly higher than weekly podcast listeners in the general population, estimated at 21%. 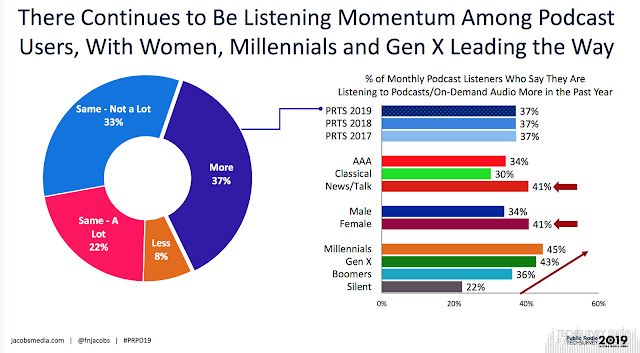 Public radio listeners in PRTS 2019 said they are listening more to podcasts during the past year than during previous years.

Younger women are the fastest growing segment of the podcast market. 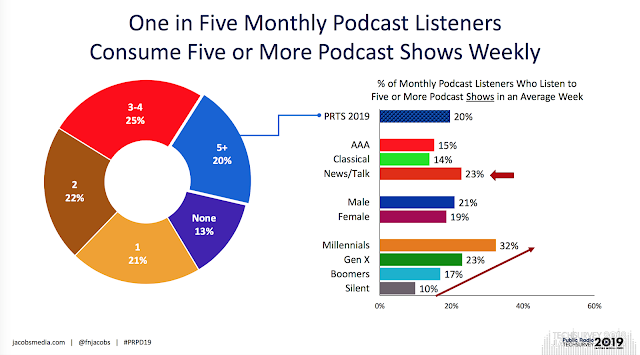 Members of this group said they listen to more than five different podcasts in a typical week. 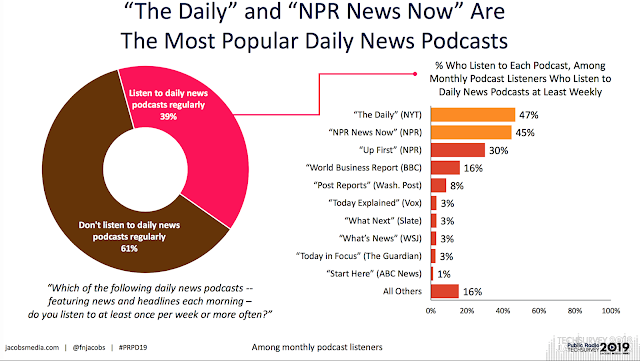 According to the listeners who responded to PRTS 2019, the most popular podcasts are The Daily and NPR News Now. 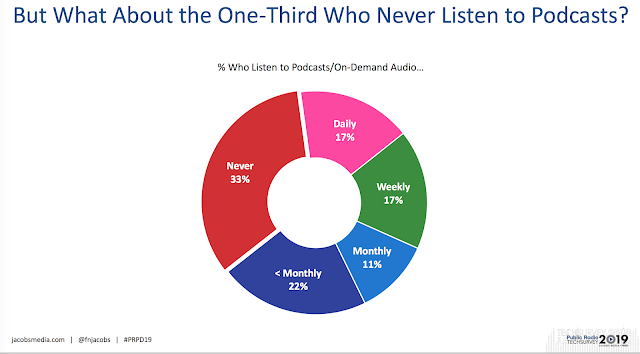 Not everyone listens to podcasts.

A sizeable minority of public radio listeners surveyed (33%) told researchers they don’t listen to any podcasts. 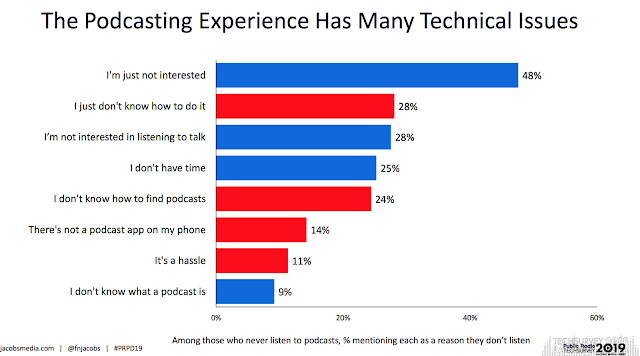 The top reason why people don’t listen to podcasts is because they “just aren’t interested” in podcasts.
?
Respondents said that various technical issues are reasons they don’t listen.


WHAT TO DO WITH YOUR SMART SPEAKERS? 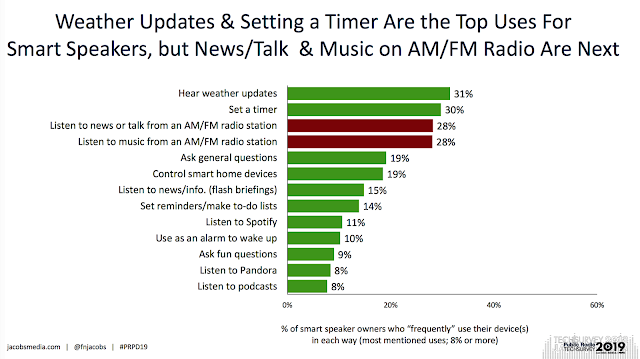 Around 24% of public radio listeners surveyed for PRTS 2019 said they own Smart Speakers.

They most often use the device to hear weather updates and to set the timers.

28% of owners say they use their Smart Speakers to listen to radio. 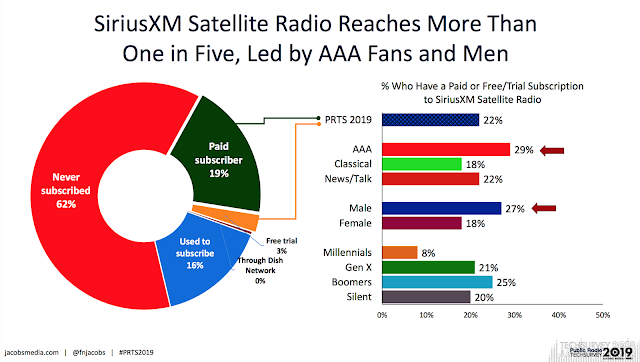 The majority of respondents said they have never subscribed to SiriusXM satellite radio.

Some of the people surveyed (16%) said the tried SiriusXM but eventually cancelled their subscriptions.

Still 19% of the PRTS 2019 sample, particularly older folks, do subscribe.


One reason some people don’t subscribe is because the NPR newsmagazines Morning Edition and All Things Considered are not available via SiriusXM.

People of Millennial age are the most likely to not subscribe to SiriusXM.  This finding in PRTS 2019 is confirmed by other research. More research needs to be done to understand why younger listeners don’t groove to satellite radio.