She worked for over a decade at WHYY in Philadelphia.

In the early years of her career, she was the first PD of WDIY, a community station in Allentown. Dempsey said in a press release:

“I am excited to create and build a new full-service news outlet in our community. Bethlehem is home for me and I am proud to bring local journalism from our team of reporters to the Lehigh Valley and beyond.”

WLVR 91 is a new venture for LVPM. The organization operates WLVT-TV PBS39, perhaps the most exciting PBS station in the nation. (Note: This the first time we’ve used the words “PBS station” and “exciting” in the same sentence.) 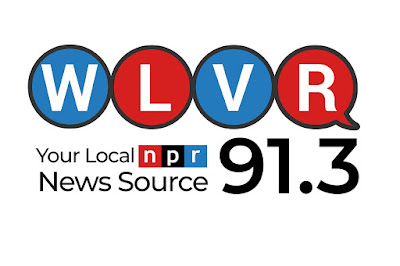 Funding for PBS39’s upgrade, and the cost of building WLVR 91.3 came from wise use of $82 million that LVPM received in 2017 from the FCC’s TV spectrum auction.

The auction occurred after the FCC changed television transmission rules from analog to digital.

The old analog channels were no longer needed so they became “surplus property” and several PBS stations received a windfall of cash.

Many of the PBS stations that received auction revenue paid off debts, set up “rainy day funds” or ordered new carpeting for their CEOs office.

Expect WLVR 91.3 to use a similar approach airing NPR programming and other nationally syndicated programs in addition to local and regional news. 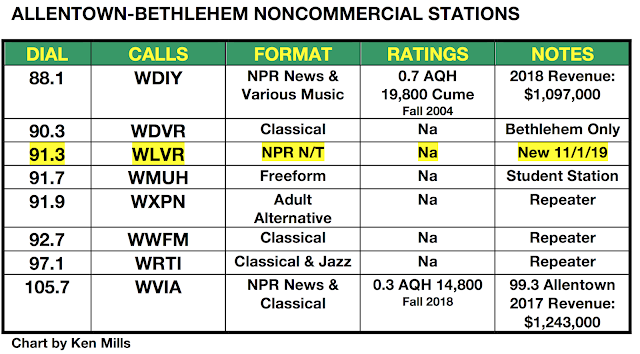 Allentown-Bethlehem is rightly considered a “sleepy” media market. The chart on the left shows the major noncommercial players. Most of the stations repeat programming from out-of-market stations.

WLVR 91.3 will be the first full-time NPR News/Talk station in the market.

The local competition comes from from WDIY [link] based in Allentown. WDIY airs Morning Edition and All Things Considered plus a mind-numbing number of specialty and music shows. You might call WDIY “a different radio station every hour.”

But WDIY has been the only local source of NPR News and it prides itself on its homegrown ties to the community.

Look for WLVR 91.3 to be a big success from the first day of operation. Moving forward, the biggest question is how many NPR News listeners are available in the market that previously had only token NPR service.

The competition between NPR News/Talk KQED and commercial KCBS ended in a tie in September according Nielsen’s PPM ratings. Both stations had a 6.4% AQH share.

Both KQED and KCBS have dropped in their AQH shares. One publication said that KCBS’s 6.4 AQH share is the lowest in five years. KCBS beat KQED in estimated weekly listeners. 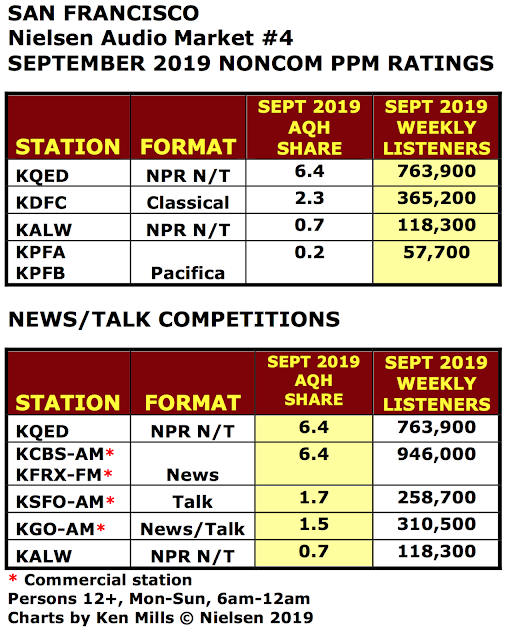 Classical KDFC had another solid month in September.

The station is getting lots of press coverage for their upcoming multimedia event at Cal Performances and Stanford Live called The Perfect Moment.

The show will feature photographs by Robert Mapplethorpe and an original score by composer Bryce Dessner. 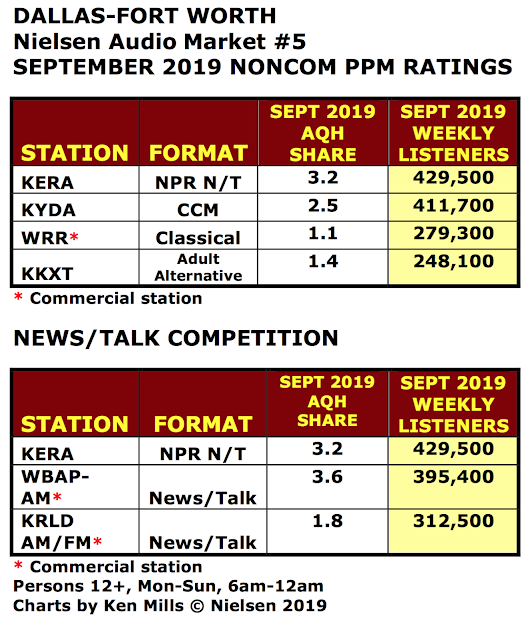 In the Dallas-Fort Worth metroplex, NPR News/Talk KERA was the top radio news source in estimated weekly listeners. Commercial News/Talk WBAP returned to number one in AQH share.

Commercial Classical WRR was unchanged in the September ratings.

Adult Alternative KKXT had another up book.