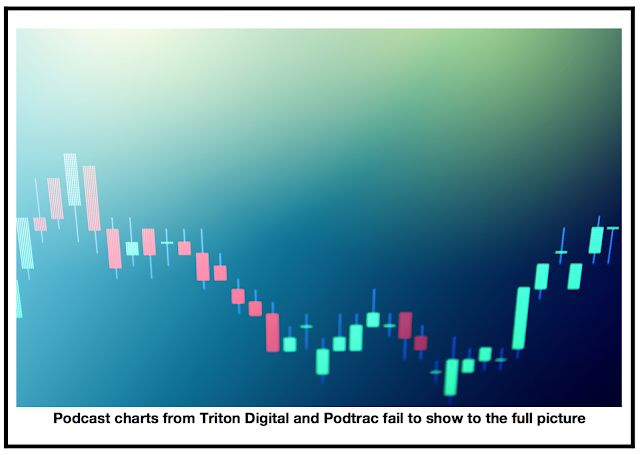 However, the Triton charts don’t meet industry expectations and have no clear advantage over Podtrac’s charts.

Simply put, if you were hoping for a picture of the entire industry, this isn’t it.

But, charts from the two companies agree on one thing – NPR is the nation’s top podcast distributor and producer. According to the Podtrac Publisher charts, NPR is not only number one in Unique Monthly Audience; it is widening its lead over number two iHeartRadio.

According to Triton, NPR is the top podcast network in Average Weekly users. Triton’s data says it has a huge lead over their number two network, Stitcher.

The problem with both charts is that they only show data for certain podcasts, not the whole picture of the podcast marketplace. 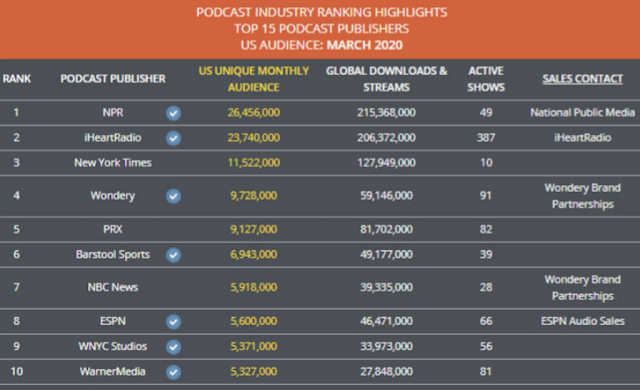 On the right are the top ten providers of podcasts in March  for Podtrac and Triton Digital. 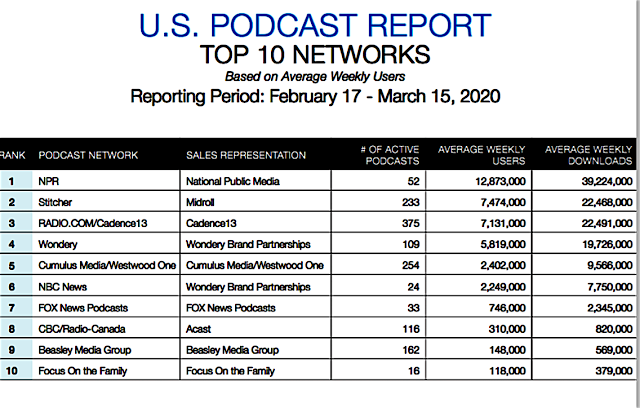 The bottom line is there are only three podcast providers that appear on both of the charts: NPR, Wondery and NBC News.

The reason for the discrepancy is that both companies only report podcast usage by some providers.

Triton only includes its own clients.

Podtrac only includes providers who use their propriety tracking software.

Neither company includes some of the podcast “biggies,” such as The Joe Rogan Experience.

Triton’s chart is missing some of the largest podcast companies, such as iHeart, PRX and The New York Times. Podtrac is missing Stitcher, Fox News and Focus on the Family.

Triton Digital does provide more data. Their monthly reports include these charts:

You can download the March Triton Digital Podcast Report here.