NIELSEN: IN MARCH PPM RATINGS NEWS IS UP, MUSIC IS DOWN

REMINDER: Results of the PRPD/Jacobs Media Covid-19 survey is Thursday (4-16) at 2:00pm ET. The webinar is free and is open to all public media folks.

The webinar will present top-line results about the changes in lifestyle and media consumption by over 16,000 public radio listeners of 47 public radio stations. The survey was taken conducted March 30th - April 3rd.

THE AUDIENCE IS A MOVING TARGET 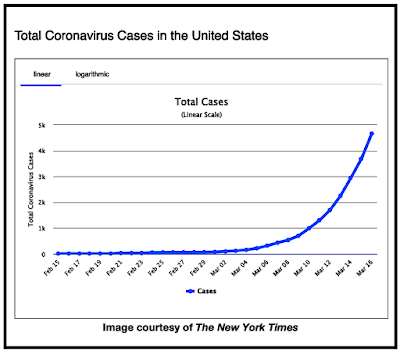 When you look at the PPM ratings below, keep in mind that the seriousness of the pandemic evolved over time. The March survey period was February 27 through March 25, 2020. The chart on the right shows the increase of people infected with the virus.

• On February 29, the first death from coronavirus in the U.S. was reported at Evergreen Health Medical Center in Kirkland, Washington.

• On March 16, San Francisco was the first to issue a shelter at home mandate.

Nielsen’s March Noncom PPM ratings for the nation’s four largest metro areas can be summed up this way: News is up and music is down. But there are exceptions.

Overall, the numbers appear to be very volatile. Things evolved day-by-day during the survey.

• Almost all of the major full-time NPR News/Talk stations in the top four markets gained AQH share in March compared to February. The only one of the six to loose share was KPCC.

• Three of the four Classical music stations were down in both AQH share and estimated weekly listeners.

• The PPM Ratings for other music formats had no clear pattern. 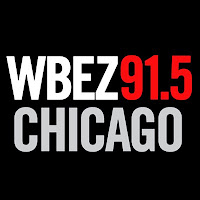 The best performer in the March PPM ratings, in the top four markets, was WBEZ in Chicago,

Perhaps this is because of WBEZ's recent hires.

Here are the March charts. 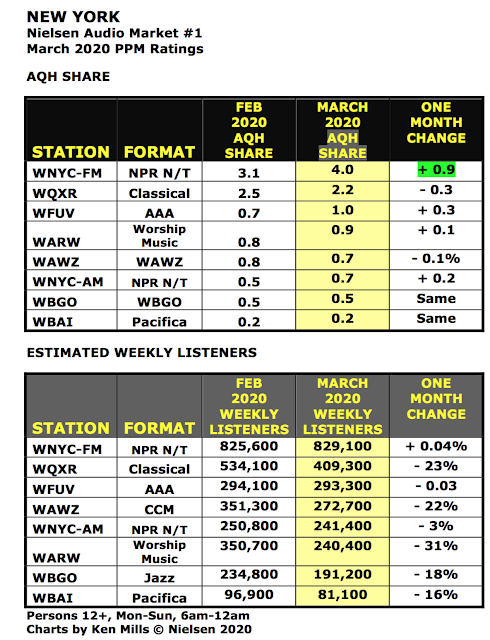 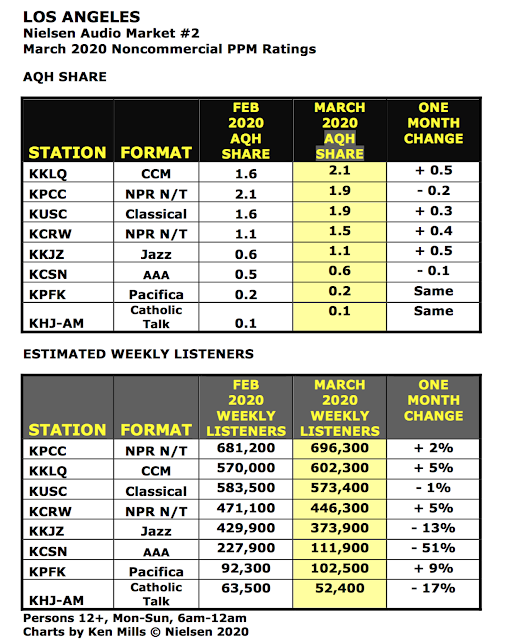 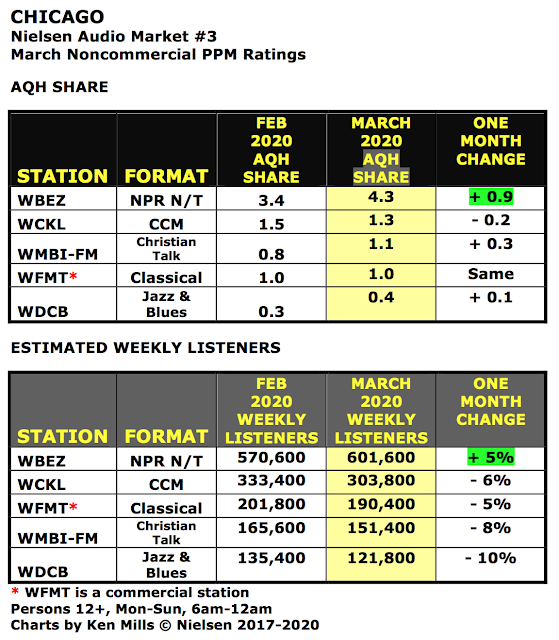 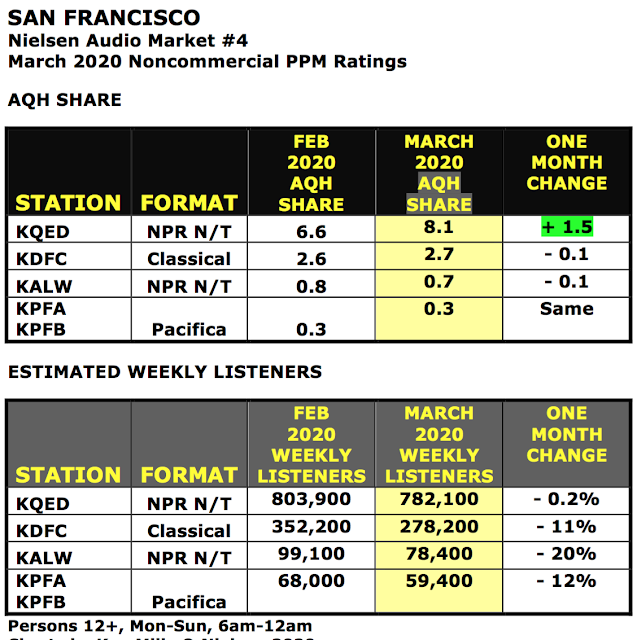