IN PRAISE OF STEVE YASKO

Like many people in the public media biz I was surprised to see the news last week that Steve Yasko is no longer Executive Director and General Manager at WTMD, Baltimore.  I don’t have any inside info about what happened and this column isn’t about his departure.  It is praise for Steve because he is one of my public radio heroes.  He has made public radio and media better. 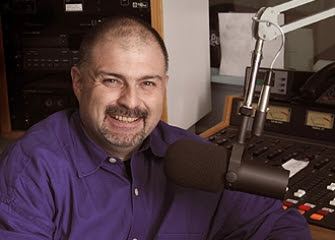 Steve speaks truth to power, whether “power” wants to hear it or not. He has an intuitive feel for using media to connect with people.  He sees the potential in situations and creates plans to achieve them.

WTMD: FROM WORST TO FIRST

Before Steve Yasko became GM in September 2002, WTMD was almost irrelevant.  A headhunter called me when the GM job opened.  After learning about the station, I told the recruiter that it looked like a can of worms – a place where entitled bureaucrats had full time jobs keeping their fulltime jobs.

Yasko saw it as an opportunity and took the gig. [Disclosure: I unintentionally created grief for him at the time.  In a moment of sloppiness, I prematurely spilled the beans about Yasko’s plan to re-make WTMD into a 24/7 Triple A music station. This was an important learning experience for me.  I double-check stuff like this now before publishing it.]

At WTMD Yasko transformed the station by creating an entrepreneurial culture based on listeners love for music and where to find it.  He inspired an amazing sense of place – WTMD became the go-to place for those who craved smart rock in Baltimore.  WTMD was named the Best of Baltimore several times.

He dramatically increased WTMD’s revenue, gained CPB funding and established WTMD as one of the leading noncom Triple A stations in the nation. Yasko hired great people and built many bridges in the community.  Because of Steve Yasko, WTMD became a Baltimore institution worthy of support.

A couple of years ago Yasko helped establish Towson University Public Media, a separate 501c3 to manage and govern the day-to-day operations of the WTMD.

TOO HELL AND BACK

Yasko will have no problem getting another gig because he is amazingly resilient. People in public media know him and respect him.  Witness Yasko’s experience at Pacifica before he came to WTMD.

In 2000 he became National Program Director at Pacifica – a job rumored to be one of the Rings of Hell in Dante’s Inferno. In an earlier post [link], we recommended to John Proffitt, the new Executive Director of Pacifica, he should learn from the way Yasko was treated and be prepared.

But Yasko failed to realize the then-current occupants at Pacifica were drunk on Lorenzo Milam’s kool-aid.  At Pacifica now and then, the things that matter are political purity, massive egos and hidden agendas. Pacifica doesn't serve listeners, it exists to serve itself.  [To learn more about Lorenzo Milam, check out our earlier post at link.]

Yasko's fatal move was to criticize radio princess Amy Goodman, host of Democracy Now! The story I’ve heard, I don’t know of it is true, is that a Pacifica affiliate in Kansas City had complained about the audio quality of Democracy Now! As the head of Pacifica’s national programming Yasko brought up the complaint with Goodman.  Goodman told Yasko was not her supervisor and his job did not matter to her.

After confronting Goodman, Yasko’s life became a living hell. Goodman and others filed grievances, lawsuits and undermined Yasko with the Pacifica Board. Around the same time, an anonymous agitator posted a vicious online smear campaign to embarrass and discredit Yasko.

Yasko posted this note when he left Pacifica:

Effective September 15, 2001, I will no longer be the National Program Director of Pacifica. Before you all gloat too much, I did not make this choice because of your attacks on me. I made this decision because Pacifica cannot move forward until it is free from persecution.

This persecution is executed by people who say they are champions of free speech and tolerance, but use the tactics of hate and bigotry to achieve their ends. I don’t know what drives you, but I choose not to be a part of it.