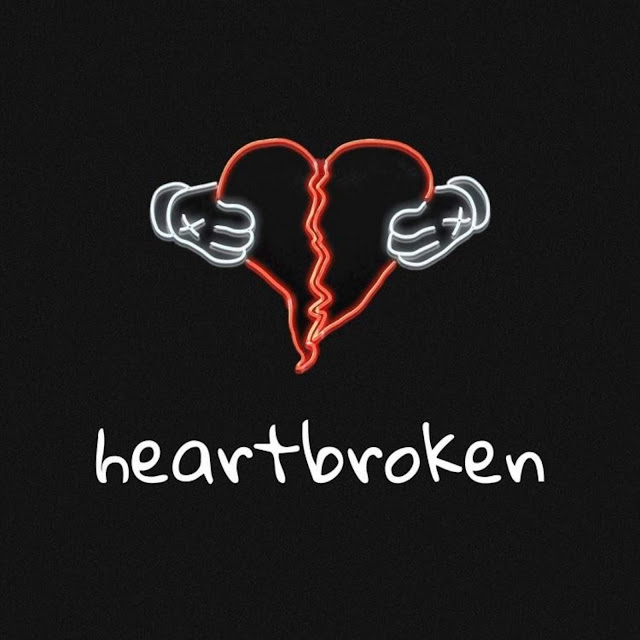 The goal of is to save money by cutting expenses including eliminating jobs.

Now the toll of the “fallen” has begun to appear...

iHeart’s move has cost more than 100 people their jobs.

This is bad news for radio.

The leadership at iHeart seems to want broadcast and audio centers that operate with the fewest number of people possible.

For instance, one of the new divisions, called the Community Division, will lump together stations in smaller markets that are geographically close and are “culturally similar.”

Here is iHeart’s goal in, their own words:

“We want to provide a better experience for listeners and business partners and a more efficient process for all of its employees."

• Weekend hosts Marilyn Harris and Dale Donovan depart Talk 550 WKRC along with producers Mark ‘Ranger Bob’ Erickson and Dave Cuddohy and a number of unnamed board operators from the cluster.

• Rick Albin, political reporter for WOOD-TV will no longer contribute to the morning show at News/Talk 1300 WOOD/106.9 WOOD-FM.

• Tony Dee exits as Chief Engineer for the cluster. 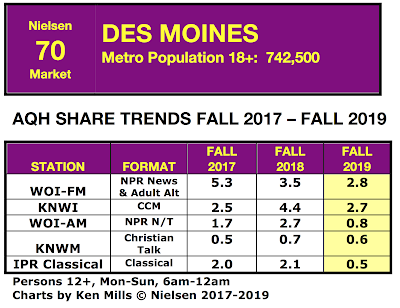 The dip by WOI-AM is unrealistic. 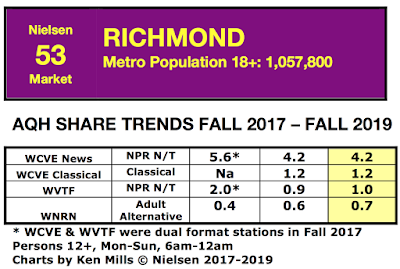 Good news for radio in Richmond. After splitting WCVE into two stations with distinct formats.

It’s the same pattern in Roanoke. WVTF split into two stations around the same time. 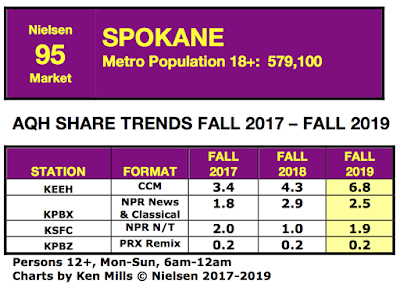 There are two noncom stations in Spokane that aren't rated but they matter:

Classical KAGW, from Gonzaga University and Jazz KEWU are both players. 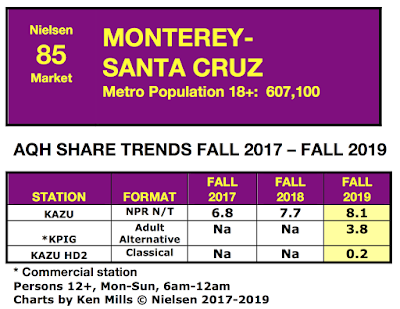 Whenever we see the ratings for Monterey-Santa Cruz, we think of KUSP.

Once it was a proud NPR-member News station.