THE TRUE STORY BEHIND THE FAMOUS WKRP “TURKEY DROP”

As God as my witness I thought turkeys could fly! 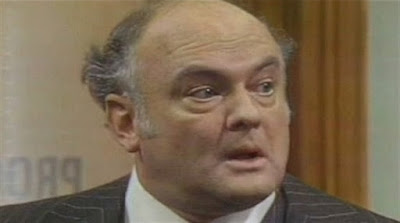 Almost anyone who has worked in radio has a story about a station promotion that went off the rails. Perhaps the most famous “splat” was in the classic WKRP episode Turkeys Away. In that episode, WKRP gave away turkeys by dropping them from a helicopter over a Cincinnati shopping mall.

Here is the key scene from the famous 1980 episode:

Turkeys Away was loosely based on an incident that actually happened.

Many of the people and plots seen in WKRP are based on Wilson’s experiences at WQXI.

According to an interview with Classic TV History [link], an associate of Wilson at WQXI, Clarke Brown, told the story:

The turkey drop was actually a real incident.  It was at a shopping center in Atlanta; I think it was Broadview Plaza, which no longer exists.  It was a Thanksgiving promotion.

We thought that we could throw these live turkeys out into the crowd for their Thanksgiving dinners.  All of us, naïve and uneducated, thought that turkeys could fly.  Of course, they went just fuckin’ splat.
People were laughing at us, not with us.  But it became a legend. In reality, the turkeys were thrown off the back of a truck.

So, the real story is not as glamorous as the WKRP version but the lesson is the same: Turkeys can’t fly.