INFINITE DIAL 2018: IS THE DRAWING POWER OF FACEBOOK FADING?

One of the most interesting trends revealed by Infinite Dial 2018 is the decline in usage of the social media site Facebook. According to a February 12 post on Recode [link], eMarketer found that Facebook lost 2.8 million users under the age of 25 in 2017. 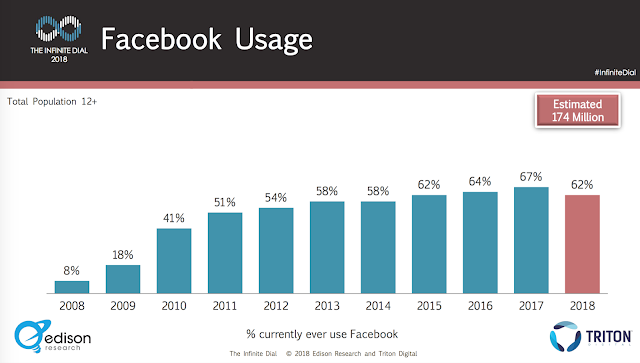 This trend was echoed by the Edison Research and Triton Digital study Infinite Dial 2018. According to their survey of 2,000 people age 12+, the percentage of respondents using Facebook declined from 65% in 2017 to 62% in 2018. This is the first time since Facebook began in 2008 that the percentage of users dropped. 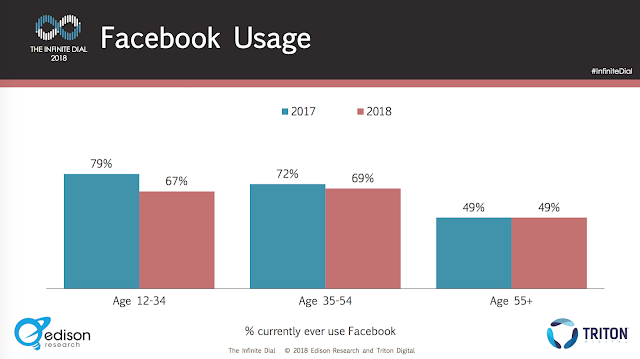 The only demo where Facebook usage was steady was with people age 55+. 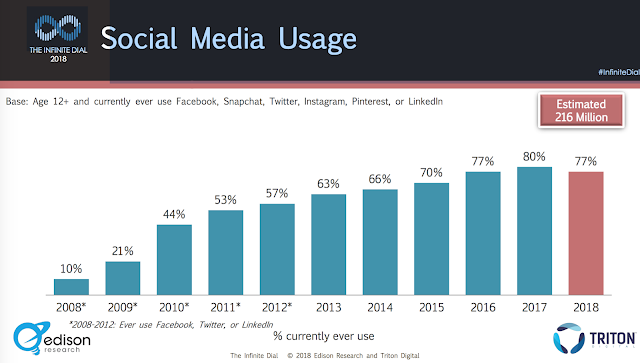 In addition to Facebook’s decrease in users, Infinite Dial 2018 found that the entire category of social media sites fell 3% in 2018 compared with 2017. 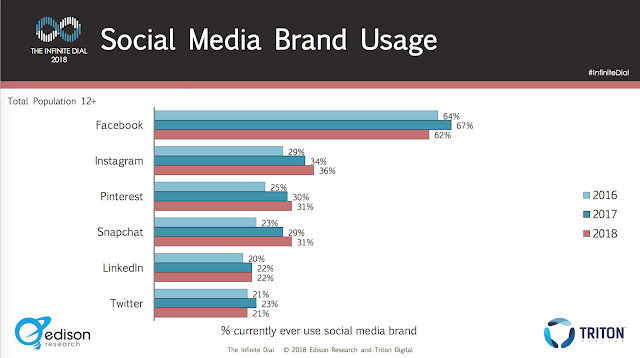 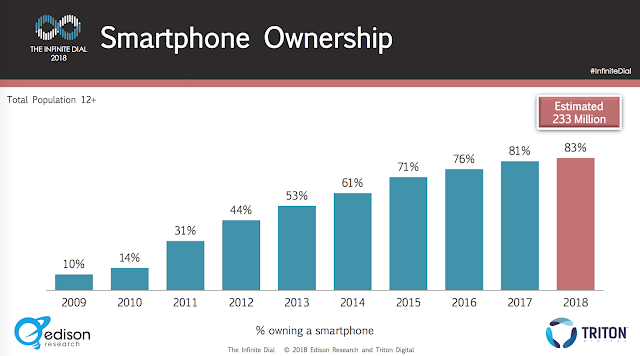 Infinite Dial 2018 found that Smartphone ownership continues to grow. An estimated 233 million people, 83% of the US population age 12+ owned at least one Smartphone in 2018.

The penetration of Smartphones over the past decade is quicker than any other media device in recent history. 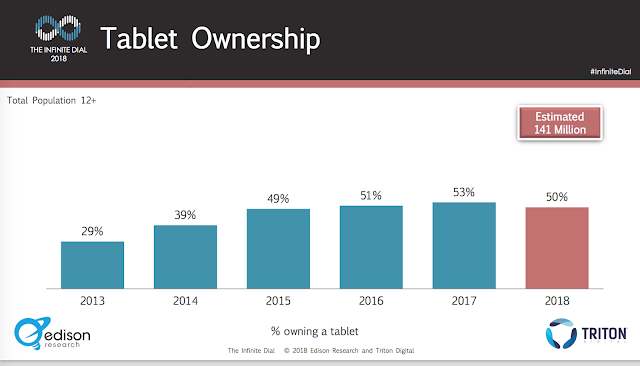 Meanwhile Tablet ownership dropped for the first time since the device was introduced in 2012.

Tablets continue to be a major factor because an estimated 141 million people own at least one. 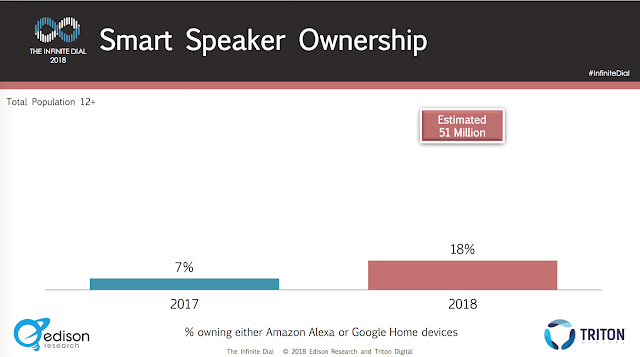 The much-hyped Smart Speakers made impressive gains in ownership between 2017 and 2018.

However, the market penetration of Smart Speakers is relatively small compared to other, more established devices. 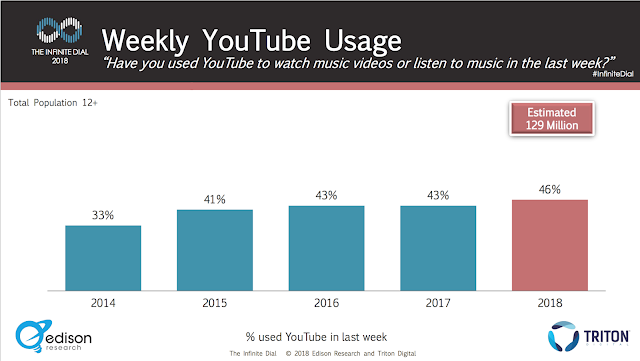 YouTube usage continues to grow. Almost half of people age 12+ used YouTube during the previous week – an estimated 129 million users.

eMarketer found the same pattern with users ages 18 – 24, though not to the degree of teens.

The projection for additional future Facebook usage drops by folks in the younger demos reinforces the narrative that Facebook’s “cool” aura is fading. Usage by people in older demographics such as 55+ continues to slowly grow. However, Facebook appears to be a reflection of the tastes and preferences of the “mom & dad” or “grandpa and grandma” generations, a worldview many younger folks don’t want to be a part of.

There is some good news in the eMarketer study for Facebook. Because of the growing use by people in the older demographics, the total number of users will continue to go up. Also, Facebook owns Instagram which is growing with younger users. eMarketer projects that Instagram may have 105 million users by the end of 2018.

KEN SAYS: I want to thank tom Webster of Edison research and Kristin Charron of Triton Digital for their excellent work on Infinite Dial 2018. They continue to bring much needed clarity to a fast-moving scene.