We are featuring three excellent comments today from Spark News readers. If you want your voice heard comments may be posted via this site or email to publicradio@hotmail.com.

Comments or questions about the accuracy of stories that appear on this blog are always welcome. Thank you for reading Spark News.

On March 7th we reported on Educational Media Foundation’s (EMF) purchase of commercial giant WLUP in Chicago at the bargain price. We speculated that more commercial radio stations will be sold because of excessive debt. We said that commercial radio is devolving but they did it to themselves.

This topic is timely because on Thursday 3/15 iHeartMedia, the nation’s largest commercial station owner, announced they have filed for Chapter 11 bankruptcy protection. According to news reports, iHeart owes more the $10 billion.

We received a comment from an anonymous reader challenging our assumptions. The reader seems optimistic about the future for Cumulus Media (an now iHeart, after the bankruptcy process is completed: 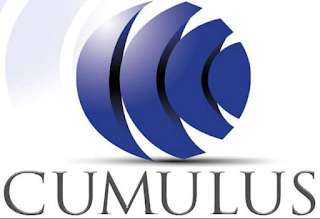 READER: [Filing for Chapter 11] reorganization…will leave their networks of licenses mostly (if not entirely) intact but will discharge most (possibly 75%) of their debt. Why would they suddenly feel the need to sell their licenses to pay off debt? There won't be any debt!

There are advantages for a creditor to push Chapter 11 proceedings into Chapter 7. It may be the best way to recover a larger portion of the money they are owed. The money owed by iHeart and Cumulus is so large it is hard imagine certain creditors won’t push for total liquidation.

READER:  Even if they weren't discharging their debt, selling off properties is counterproductive if you want to discharge debt. Most of these stations have amortized their value over time, but if they sell them now for cash, they'll owe the taxes on the full market value of the license. Trying to sell a lot of these licenses would guarantee a loss on the balance sheet...not a good way to pay off debt.

KEN SAYS: Again, the reader’s comments are true but they are only part of the story. Keep in mind that iHeart and Cumulus are in bankruptcy because they could not profitably operate their businesses.

The bankruptcy court and creditors must confirm that companies in Chapter 11 have a rock-solid plan for solvency before the company can emerge from bankruptcy. iHeart and Cumulus may have trouble demonstrating that their post-bankruptcy plans will actually work. This may require iHeart and Cumulus tho divest under-performing stations.

READER: After all that, who does that leave to buy these…signals? Mostly [noncommercial] public radio and religious radio. Public radio usually doesn't need these signals and can't realistically afford them.

KEN SAYS: This is not true. Public radio does need more signals. Many sizeable markets don't have Triple A  stations or even Classical stations. Sale prices in recent station transactions have been dropping.

The filings by iHeart and Cumulus for Chapter 11 will further reduce the perceived value of some stations. So, there will likely be more surprising purchases of commercial stations at “fire sale” prices by noncoms in the near future.

We received excellent comments from two Spark News readers about our coverage of Sirius/XM’s (SXM) impact on terrestrial radio and that there are some important similarities between SXM and noncommercial stations.

• Shawn Rosvold, a former producer for SiriusXM, now based at KRCC, Colorado Springs, asked that we consider the positive aspects of SXM:

ROSVOLD: I read your article on Sirius XM with interest. I produced the Jay Thomas Show for five years. As a broadcaster, Sirius XM is heaven. The facilities are state of the art, and the freedom we were given was unmatched in my 50 years of experience.

Ratings information was never shared with us. In fact, I was told that Sirius did not subscribe to ratings services, and that they were only concerned with total subscribers.

As far as the corporate mindset [at SXM] goes, I don't really see much difference between commercial and non-commercial radio. My time at Sirius came to end because I was making too much money. It doesn't get much more bottom line than that.

• Fred Fletcher-Fierro, based at KRPS in Pittsburg, Kansas, who says the Sirius and XM provided better programming before the two companies merged in 2008:

FLETCHER-FIERRO: I read your SiriusXM post last week with much interest as I have read the Message Boards at XMfan.com for over a decade and have commented on the site just over 9 years.

When I think of SiriusXM, I don't think of the Mall Of America. Maybe it was thought of that way pre-merger in 2008, when Sirius and XM catered to a very specific type of customer, the way that stores in the mall do.

But these days, SiriusXM is more of a Walmart type of operation. I say that because Walmart, carries almost everything. You can buy a wedding ring and get your oil changed at the same Walmart within an hour.

As you've pointed out, SiriusXM has very limited public radio content and could care less about updating information on their website. That has always been a problem with the company.

Another issue is hardware. Sirius and XM still operate on two different platforms. Sirius is limited to 184 channels, while certain XM receivers get channels as high as 468.

KEN SAYS: Thank you Shawn and Fred.  I learned a lot about SXM from your comments. The bottom line is that SXM is profitable and will be a competitive factor for terrestrial radio for the foreseeable future.

I like that SXM can/will provide specialty programming like The Beatles Channel, Road Trip Radio and The Covers Channel. These could never succeed on 24/7 terrestrial radio stations.

I agree with Fred that SXM is more like Walmart than the Mall of America, a corporate space that is hard to embrace but has stuff you need at low, low prices.