It has been said that “community radio” is in the mind of the beholder. Perceptions are hard to measure but facts are universal. The National Federation of Community Broadcasters (NFCB) just released the results of a member survey [link]. It is an eye-opener because is dispels some of the stereotypes of community stations.

NFCB [link] currently has around 180 members, up over 20% in the past three years. Member stations are a mix of old-timers like KBOO in Portland or WORT in Madison, and new voices such as LPFM stations and newer, format-driven, shops.

NFCB's membership is primarily made up of stations in medium and smaller markets. NFCB classifies 64% of it's stations as “rural.” Though NFCB membership doesn’t include every station that considers itself a “community” operation, it does include most of the most consequential voices.

NFCB’s member survey is important because it helps quantify community radio for outsiders and policy makers. Plus, the study provides facts that dispel some of the myths and stereotypes about community media, and confirms a few.

Sally Kane and Ernesto Aquilar from NFCB have kindly provided Spark News with background data from the study. We found what we consider to be 11 takeaways from the research. 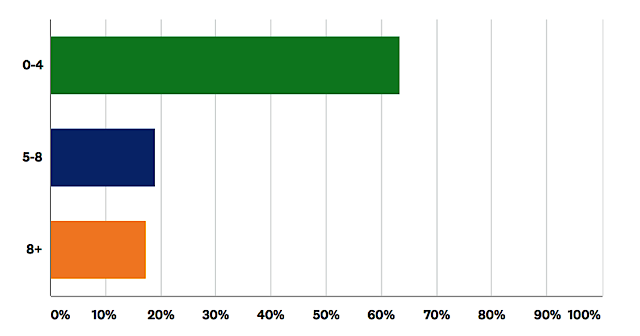 Question #1: How many full-time and part-time paid staff positions does your station have?

It is a fact that most NFCB stations operate with few paid employees. We were surprised at the percentage of community stations with four or fewer employees.  Community radio comes in three sizes: Small, Medium and Large. We assume that the largest shops are CPB-qualified. Many of the very small shops are likely to be LPFM stations.

Note: NFCB’s survey is based on responses from approximately one-third of its membership.  We are assuming that the in-tab data is representative of the organization as a whole and community radio in general. 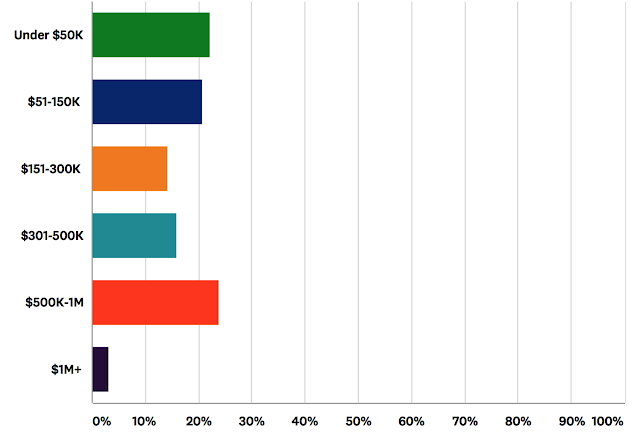 Question #2: What is the size of your annual operating budget?

Budget is often tied to the number of paid employees.  In this chart we see the “two words” of NFCB stations. Approximately 75% of the stations have annual budgets under $500,000.  The average annual budget of a free-standing NPR News/Talk stations is around $1.8 million. Again, we are assuming that the larger stations are CPB funded.

Question #3: How many pledge drives does your station have per year?

We were surprised that roughly 30% of stations only have one pledge drive per year. There may good reasons for this at the local level. But the facts are that some community stations do a poor job of branding and selling their unique service to listeners.

Question #4: Has your station’s membership grown in the last 5 years?

We were pleased to see that over half of NFCB stations have added new members in the past five years. Every year it seems there are more competitors searching for a share of the ear.  If an organization is increasing member base, it is going against the prevailing tide. That is a good thing. 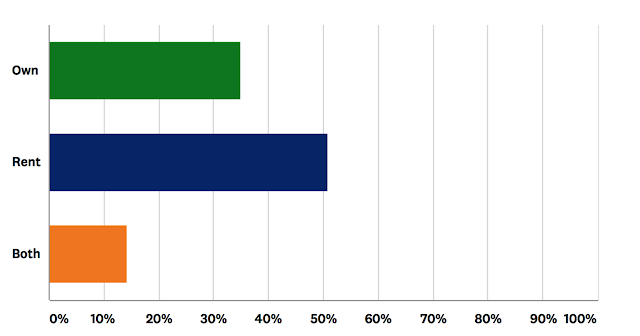 Question #5: Does your station own or rent tower(s)?

Good question!  Recently Spark News has done several stories about stations that own their own towers and count on it as a dependable revenue source. More stations should consider this as a capital campaign.

Question #6: Does your station have a local news program service? 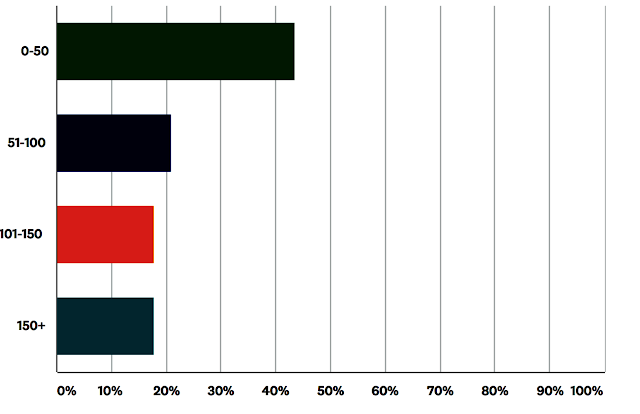 Question #8: How many volunteers does your station have? 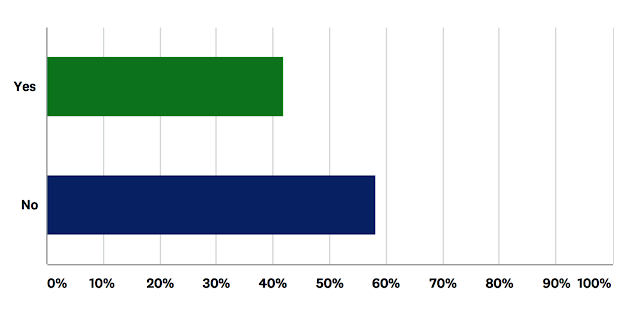 Question #9: Does your station produce programs that other stations air?

It is a fact that most community stations play few nationally syndicated programs. It also appears that approximately 43% of NFCB stations want other stations to carry their shows.  This seems to be a disconnect between scheduling and expecting outside carriage.

Question #10: Does your station produce a podcast?

This topic is bigger than one question.  It is useful to know how many stations produce podcasts but how do stations handle staff and volunteer based podcasts.  Start with the basics: Who owns these podcasts? What is the station policy toward someone promoting their own podcast on-air?

Finally, a bonus question: Does your station have a workplace harassment policy?

This is the most surprising finding in the NFCB survey. If your station does not have a workplace harassment policy you may be one step away from a scratch-and-win lawyer. Please take action now to limit harassment and liability.
Posted by Ken Mills Agency, LLC at 12:00 AM