The new system, managed by Stream Guys [link], is the Barix Reflector and it allows content providers to deliver high-quality audio over IP at a much lower cost than satellite distribution.

Moving to the IP system is important to WXPN because the primary users of XPoNential Radio are HD-2 and HD-3 channels. By saving on distribution costs, WXPN will be able to make larger investments in programming. Previously, XPoNential Radio was distributed to affiliated stations via the Public Radio Satellite Service (PRSS). WXPN currently asks stations for a $3,000 annual fee for use on a HD channel. 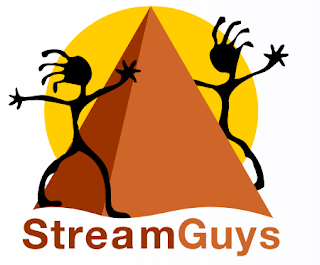 Roger LaMay, General Manager of WXPN, said in a press release that the Barix/Stream Guys system will make it possible for stations to have closer-to-the ground operations at a lower cost:

LAMAY: “Satellite is still an essential part of the public radio distribution ecosystem, but in a multi-platform and varying-scale environment like ours, we also need reliable, cost-efficient alternative methods to distribute our programming.”


In a Webinar on Wednesday (3/20), representatives of Barix and Stream Guys demonstrated the ease-of-use of the Barix Reflector. According to the press release, the new IP system provides CD-quality audio enabled by uncompressed data delivery. WXPN beta tested the Barix/Stream Guys system and found it is reliable and stable.

Barix [link] is a Swiss company that has been working with digital content distribution since 2001. Barix is also marketing the Reflector to stations as a low cost studio-to-transmitter (STL) link

WXPN says they are making the new system as easy for stations as possible. John Bartol, IT director at WXPN, said in the press release:

“Reflector makes it simple for affiliates to get started with XPoNential Radio. WXPN purchases the units and StreamGuys pre-configures and ships them to the stations. The affiliate plugs in Ethernet, power and audio cables, and XPoNential Radio programming comes out. It’s very much plug-and-play.”

IS XPoNential Radio READY TO BE A 24/7 FORMAT FOR FM STATIONS?

XPoNential Radio is a revenue-producing extension of the WXPN brand. WXPN has made no secret of their desire to have the service become a Triple A C-24-like programming stream on primary FM stations across the country.

The new Barix/Stream Guys system is certainly a step in that direction. But, the programming needs to evolve before XPoNential Radio will attractive for competitive FM stations.

We chatted via email with WXPN’s Assistant GM for programming, Bruce Warren to get the latest info about what XPoNential Radio provides stations:

Spark News:  To us, the new distribution system seems like a game-changer in the noncom syndication business. Will the sound of XPO 2.0 be more mainstream?

Bruce Warren:  Not really. The XPO playlist draws from a broader selection of XPN’s library. As for “hits,” we’ve been playing more familiar tunes in the XPN and the XPO mix for a while now.

SN: Currently the only time during an hour where stations can insert local content is a one-minute, music covered, break at the top of the hour. Will XPoNential 2.0 have the same clock?

SN: Does the new distribution system interface with most station automation software?

BW: Yes, but stations will need to have Barix boxes configured by the Stream Guys to interface with stations’ automation systems.

BW:  Not at this point. We’d be open to it if there was station demand, however with anything we’d consider the resources we would need to put into this if we did it.