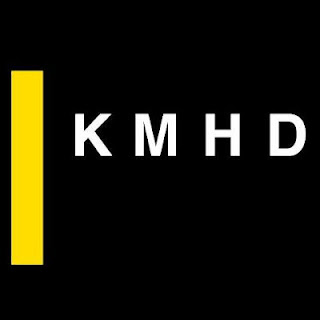 UPDATE #1: KMHD IS STAYING WITH OPB

Last Monday [link] we wrote about the plight of Jazz station KMHD in Portland. The licensee of KMHD, Mount Hood Community College (MHCC), was considering ending their agreement with Oregon Public Broadcasting (OPB) and moving the station back on campus.

On Wednesday (3/20) the governing board of MHCC voted to put the discussed move on hold and will continue their relationship with OPB for another five years. There was only one dissenting vote.

This is terrific news for Jazz music lovers in Portland and a vote of confidence for professional public radio.

On February 15th we posted a story about WMNF’s decision to fire long-time News Director Rob Lorei [link]. Lorei is one the best-known political commentators and media personalities in the Tampa Bay area. His departure caused numerous complaints from the members of the community.

Now comes word that Lorei has been reinstated as News Director after a review of his termination by WMNF's Board of Directors. In a prepared statement, the board said, "This event has reinforced the value of WMNF and the impact we have in the local community, particularly in news and public affairs.”

Our story on March 14th [link] about “the first all-podcast radio station, WSAN-AM in Allentown, brought several comments. Most of the people we heard from disagreed with the assertion that WSAN was first station to have such a format. 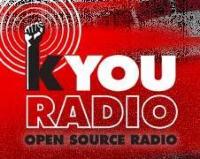 Quite a few readers said that the first station of this type was KYCY 1550 AM in the Bay Area. In March 2005, using the brand name KYOU Radio. KYCY a/k/a/]  K-YOU Radio was owned by CBS Radio. Company CEO Joel Hollander described the station as “something of an experiment.”

CBS ended the experiment in 2008 because the station could not find enough advertisers to make it sustainable.

Tom Webster, VP of Edison Research, described the sound of KYOU in a lengthy blog post in 2005.

If you are interested in reading more, which we recommend, you can read Webster’s entire post here.

Webster: Like a public radio station, KYOU features a mix of music programs, fine arts, opinion pieces and even old-fashioned variety shows. The best of these can compete with anything public radio has to offer, while the worst of these are indescribable. At its core, podcasting is only partially about the democratization of broadcasting.

The station is tied squarely to its web site, where would-be broadcasters can sign up and submit their homebrew efforts for future airings.

It is clear there is some kind of rotation, as I heard several podcasts repeat during the past week, but there does not appear to be any kind of “clock” per se.

Pieces are fairly short—with most ranging from five to twenty minutes—so the theory would suggest that if you don’t like what you are hearing, stick around because it will change in a few minutes.

Production values “between the pods” are quite high—many of the sweepers feature talent from the podcasts themselves, and do a good job describing “open source radio” and its benefits.

What is lacking between the shows is any kind of on-air navigation—you literally have no idea what is coming up next, or when a certain podcast might be featured.

Not everything was listenable, of course.

After “Podman” was a segment entitled “Cloudy Day Art” which was, ostensibly, a poetry show from Charleston, S.C.

KYOU does showcase one very important element often lacking in broadcast radio—genuine enthusiasm and passion for the [programming].

• “NIMH” – “Noise inside my head” featuring alternative rock tunes from the Spoons to Modest Mouse.


• “In My Humble Opinion” –  a cynical editorial show where the host sounds like he is channeling Andy Rooney.


• Short Listener Essay – “My Ideal Woman is a rocket scientist”

On February 22nd, we published Nielsen Audio ratings for Triple A stations in PPM markets [link]. In the story we mentioned that audience estimates are not available for a few stations, prompting this question from an anonymous reader: 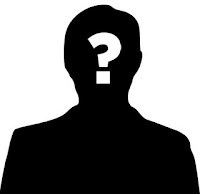 Anonymous: Ken, why wouldn’t stations in big markets like LA, San Francisco and Baltimore not subscribe to the ratings?

1. They don’t have the money.
2. Their station is not performing as well as it should.

Virtually every station in a big market does see local Nielsen ratings. Most often non-subscribing stations get off-the-record access to the numbers from associates at ad agencies.