A TIME OF RECKONING

I’ve been having difficulty concentrating on my work given the shock of the results of Tuesday's election. I want to get how I feel off my chest so I am posting my Thursday (11/10) column early. 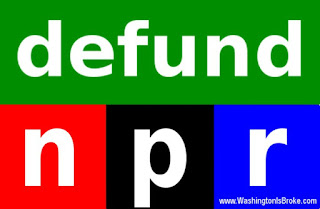 I have avoided political commentary on my blog but today the situation is different.

I strongly dislike Donald Trump.  Even worse than The Donald are his associates. Combined with the Republican majorities in the House and Senate, political agendas will be played out soon. I fear there will be another attempt to defund the Corporation for Public Broadcasting (CPB).

Public media successfully defended CPB in the 1990s and early 2000s, but things have changed since then. In earlier challenges to CPB funding there were "moderate" Republicans that stood up for public radio and TV. No more.

In 2011, as part of a larger “compromise” package, the House defunded the National Telecommunications & Information Administration’s (NTIA) Public Telecom Facilities Program (PTFP). PTFP provided grants to many public broadcasters for the equipment and facility upgrades that made their public service possible.

While it is true that some public radio stations have the money to continue operations independent of CPB funding, many stations need CPB assistance to continue their work. Stations in rural areas and smaller cities are the most likely to get hurt. This could compromise public radio’s national presence and perhaps NPR itself.

My advice is to starting preparing now.