The purchase price was $150,000. 93.7 covers coastal Maine (map on the right) including Bar Harbor, Ellsworth and Calais.

In just over a year Maine Public Classical net has gone from being a single HD channel to become a viable second service covering most of the population centers in the state. 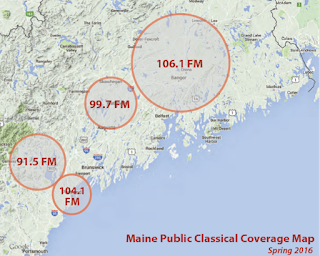 Maine Public Classical’s flagship is 91.5 WFYB Fryeburg, which provides a signal to Portland. Maine Public says 93.7 should be fulltime Classical by December 1st.

(I can’t recall hearing AM radio being called “quaint” recently. But I guess it fits.)

KVCU-AM [link] has been serving a steady diet of independent music on 1190 AM since 1989. The station's programming is also available online at Radio1190.org.

The new FM signal is unique because technically it is a LPFM station. The FCC granted the construction permit for 98.9 in May. KVCU AM/FM is a training ground for CU students, who can get hands-on experience in everything from marketing to journalism to engineering. Radio 1190 has 10 paid students managers and more than 100 volunteers.

A few years ago my wife bought me a terrific, inexpensive gift: Scott Fybush’s Tower Site Calendar. Fybush is a consulting engineer and publisher of the blog North East Radio Watch [link].

The calendar features 12 broadcast tower sites in unusual and often picturesque locations.  Many of the sites have historical significance. The calendar costs around $20.00.  More information is available at [link].

Why have a tower site calendar on the wall?

It is a great conversation starter. You might have noticed that erect towers are phallic symbols.

In case Fybush or others are looking for new ideas for a calendar, I present these suggestions: 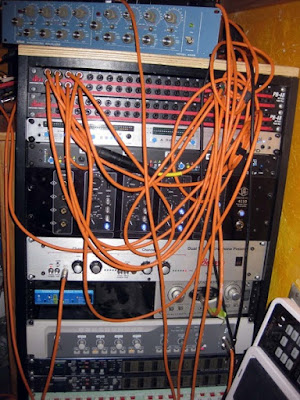 ON-AIR STUDIO CHAIRS THAT ARE CERTAIN TO CAUSE BACK PAIN 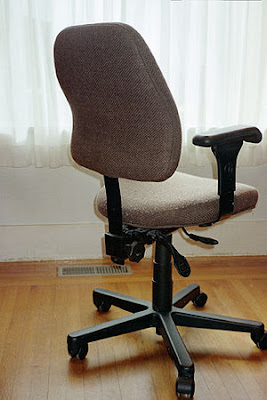 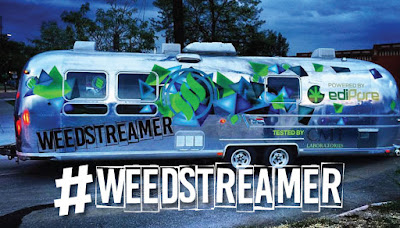