LIFE AFTER KUSP • CLASSICAL MUSIC IS RISING IN MAINE

Life is good for most folks in Santa Cruz, California.  The high today is predicted to be 55. Plans are developing for the annual Fungus Fair. A new community radio station to replace KUSP may be on the horizon. 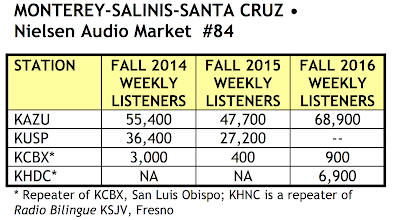 KAZU is now the undisputed noncom radio king, picking up many of KUSP’s former listeners. They now have the NPR News market to themselves.

Now comes the news that the old KUSP crew may be making a comeback. The Santa Cruz Sentinel reports [link] that Central Coast Community Radio (CCCR) has reached a tentative deal to purchase the license and transmitter space of KSRI (90.7 FM) for $265,000. KSRI’s current owner is the Educational Media Foundation (EMF), the same organization that bought bankrupt KUSP in late 2016 for $605,000.

As you know, I reported extensively on the demise of KUSP. I wish CCCR success with the pending new venture.  I hope they can raise the cash to purchase the license. However, it appears many of the same people who pissed KUSP down their legs are behind CCCR.  This does not bode well for the future.

The prime mover behind CCCR is author and activist Rachel Goodman, a former KUSP employee and champion of Pataphysical Broadcasting, the organization that used to own KUSP. Goodman led a failed effort to buy KUSP’s license at auction, but did not raise enough money to out-bid EMF. 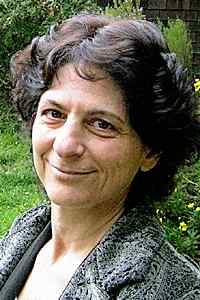 “We had told everyone that if we don’t buy KUSP, you get your money back. And we kept that promise. But now, most people are generously putting that money back in the coffers for this new effort.”

Goodman says CCCR has many of the programmers the once were on KUSP lined up for the new station. However, Goodman’s problem is she talks in glowing general language about “community radio.” It sounds like a time-warp the 1970’s – big on concepts and aspirations but very short on reality. Check out CCCR’s “crowd funding” promo video: 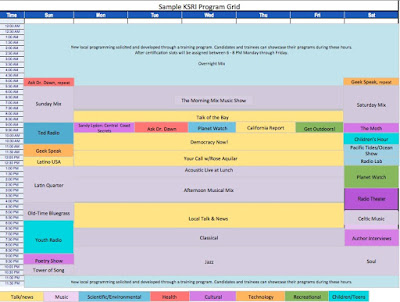 Ever the optimist, Goodman has posted a tentative schedule for the station on the CCCR site. Consider these “music hear” programs planned for the new station:

• Get Outdoors!: Hosted by pro surfers and mountain bikers, this show will highlight outdoor recreational sports activities and lifestyle topics.

• The Esalen Hour: Recordings of speakers at venerable retreat for holistic healing and new thinking.

• Talk of the Bay: Rachel Goodman and Royal Calkins host interviews with activists and commentary about local issues.

Would you pledge money to support a station that brings you these shows?

CCCR is a project sponsored by Media Watch [link], a nonprofit organization whose stated purpose is "Challenging racism, sexism, and violence in media."

Don’t ever under-estimate Mark Vogelzang, CEO of Maine Public Broadcasting. Vogelzang is builder and visionary, skills he is putting to good use in Maine.

Vogelzang created the template for Vermont Public Radio’s success and brought the programming of WHYY, Philadelphia, into the modern world. He learned about regional broadcasting at his first gig managing powerful CCM outlet KDCR in rural Iowa.

Vogelzang is now developing Maine Public’s Classical music 24/7 channel and streamlining Maine Public’s News channel. The new fulltime Classical service, is listed in Nielsen Audio estimates as “WFYB” – the primary station. WFYB’s signals cover only a fraction of the state but it does reach all three rated markets.

Here are the Nielsen Audio estimates for Fall 2016 compared to Fall 2015:

We unofficially crunched the data to create a “Maine Book” for illustration purposes. Note that there may be some duplication of listeners in this chart: