WBRU, PROVIDENCE, MAY BE FOR SALE – THIS TIME IT IS NO JOKE 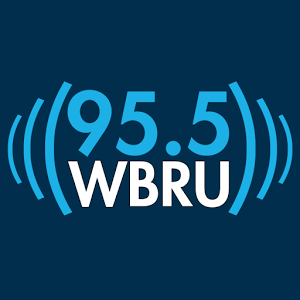 Brown University is close to putting WBRU [link], their legendary college radio station, up for sale. WBRU operates as a commercial station but it is administered by a not-for-profit organization, Brown Broadcasting Service (BBS).

Last week Board of BBS voted to seek a buyer for the station. The full membership of BBS, 50 students, will vote on the proposed sale on March 11th.

The stated reason for the sale is that advertisers aren’t buying enough commercial time for the station to pay its bills.

The truth about WBRU is that it isn’t successful as a commercial venture or as a noncom organization. The governance and management of WBRU is so complicated and dysfunctional it is hard to believe folks with a college education actually dreamed it up. Rather than provide a viable plan for the future, Brown has dithered away this precious resource.

Brown University’s move into commercial radio broadcasting began over 50 years ago.  Back in 1965, a local retailer donated the FCC license for WPFM, 95.5 FM, to Brown. At the time, FM stations were considered a liability. Many commercial broadcasters gave up on FM and sold or donated their FM frequencies.

BBS, a nonprofit entity, was established to operate the station.  Brown’s intention was that 95.5 FM be a student station.  BBS was a way to include students.  It made sense in the 1960s when few people paid attention to FM. But the music and media landscapes were changing.

By the late 1960s, WBRU was an “underground” rock station that positioned itself as a hipper alternative to Boston’s WBCN. WBRU played artists such as Frank Zappa, The Fugs and Pearls Before Swine, music not played on mainstream radio. WBRU was also a strident voice of the anti-Vietnam War movement.

People noticed WBRU and the station was known nationwide as a progressive rock trendsetter. The station had a “seeds and stems” budget, and that was fine for the times.

In the 1970s, FM rock radio became a big business. To compete, WBRU switched to an Album Oriented Rock (AOR) format and became a major presence in southern New England. However, AOR was a mainstream format and WBRU began to loose its independent cred.

In 1988, WBRU embraced alternative “modern rock” playing new indie artists such as REM, Nirvana and the Talking Heads. Rolling Stone magazine named WBRU one of the best radio stations in the country.

Kurt Cobain's last radio interview before his death was on WBRU.

Despite WBRU’s popularity, it continued to be operate like a mom-and-pop college rock station.  It was not competitive with other commercial stations. Brown never changed the governance and management structure to be more competitive.

Then in 1992, Brown’s Board of Trustees tried to sell the station to an unnamed NPR station, most likely WBUR. Students and alumni protested and squashed the deal. WBRU continued as an ineffective commercial station, as it is today.

HOW SCREWED UP IS WBRU?

By any measure, other than the hipness of the music, WBRU is a failure. Consider these facts:

• WBRU’s lacks a competitive commercial sales effort. According to BBS’s IRS filing, the Sales Manager was paid around $120,000 and two account reps were paid around $50,000.  This many sound like big bucks for a noncom but for a commercial station this is a sign that not much business is being written.

• WBRU does not subscribe to Nielsen Audio’s PPM ratings. Usually this means the station does not have many listeners. For commercial stations in a large market like Providence, most advertisers use the metrics provided by Nielsen to establish rates.

• WBRU began voice-tracking many hours of its programming in 2010 to save money. This compromised the station’s role as a curator.

• The CEO and other top management people of the station and BBS are students. Only
the Sales manager and account reps are paid. This guarantees frequent turnover that makes long-term planning impossible.

To me, the best choice is to convert WBRU to noncom.

Call Mike Henry and change the format to “music discovery” Triple A like The Current oR WXPN.

In a perfect world, Brown would donate WBRU to Rhode Island Public Media.

Here is a YouTube video with the story of Buddy FM: