WCQS, ASHEVILLE, ADDS SECOND STATION FOR 24/7 NEWS – BUT IS IT A MISSED OPPORTUNITY? 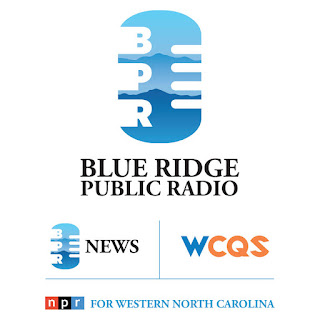 According to the Asheville Citizen-Times [link], the move coincides with a heavy investment in BPR’s local news capacity. WQCS will continue its dual format of NPR newsmagazines and Classical music.

Over-the-air broadcast service is secondary to BPR News’s online and mobile streaming apps such as NPR One and the new BPR News app.

Finegold’s logic is that BPR News can be heard anywhere in the world via online and mobile devices.

KEN SAYS: I hope Feingold’s plan works.  However, I recommend a different approach. Of course, digital is the wave of the future but we aren’t there yet. Over 90% of radio listening is still comes from broadcast signals, particularly by listeners in vehicles. It is cool to have listeners in Ghana, but it is unlikely they will support BPR. A local service needs the biggest coverage signal possible.

I would put BRP’s new 24/7 news station on the strongest signal available. That is WCQS’ monster signal.  Here is a comparison of BPR’s two signals: 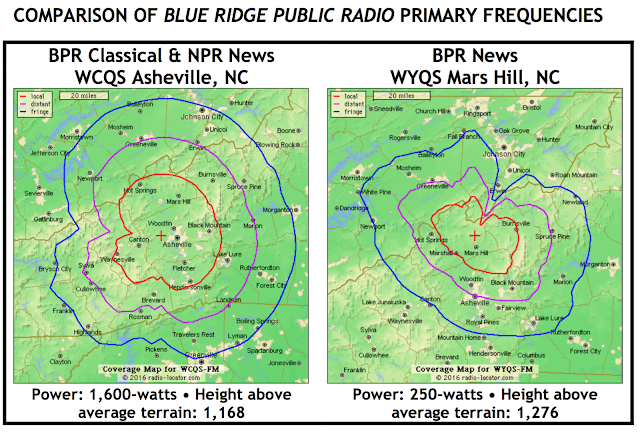 In WCQS's large coverage area the are a lot of listeners who don’t have a second choice for NPR News.  So, as they say, “fish where the fish are.”
Posted by Ken Mills Agency, LLC at 12:00 AM