CAN BILL CROSIER SAVE PACIFICA RADIO? • TWO JOBS WHERE YOU CAN MAKE A DIFFERENCE

We have talked often on this blog about the problems at Pacifica Radio. Many years ago they created a template for listener-supported public media, they influenced policy regarding major social and political issues and added an important voice to the national conversation.

Then, in early February this year, the clouds parted and a new leader, Bill Crosier, emerged as a voice of sanity and reality. Pacifica’s National Board named Crosier Interim Executive Director and he quickly got to work on some of the network’s most pressing issues. Crosier began his tenure with this public quote:

"Pacifica’s mission of alternative educational broadcasting is crucial to the future of this country.  I will do everything in my power to ensure the Pacifica  Foundation's survival until I can hand over the network to the care of a new visionary leader.”

Crosier himself may be that new visionary leader.  As CEO of the Houston Peace and Justice Center, Crosier survived in-fighting and partisan, personal agendas and kept the organization focused on it’s work.

He climbed the ranks at Pacifica’s KPFT in Houston and became the station’s manager. Bill Crosier is a “visionary” because starts with the fundamentals for operating a national network and operating noncommercial radio stations.

On March 30th Crosier released the Pacifica Financial Recovery and Stabilization Plan, part of a past-due report to the California Registry of Charitable Trusts.  You can download the impressive recovery plan here.

A few of the actions Crosier has taken since be became Interim Executive Director include:

• Getting a generous WPFW (Pacifica’s station in Washington DC) donor to agree to free Pacifica from a requirement to immediately repay the donor for a $140,000 capital fund loan.

• Addressing Pacifica’s arcane and dysfunctional governance system. Crosier wants to do away with a 2002 rule change that, in Crosier’s words makes a mockery of our supposed democratic governance.

The new Pacifica Financial Recovery and Stabilization Plan even provides a clear-headed look at the existence of Pacifica in worst-case scenarios. According to the plan, the Pacifica stations in the greatest jeopardy are WBIA and WPFW. If conditions don’t improve in the few months, Crosier suggests swapping WBAI’s valuable signal with another noncom station where Pacifica could continue in a less costly environment.

Perhaps most importantly, Crosier doesn’t seem to dwell on the past. In the report Crosier says:

Here in Pacifica-land, we believe everyone has the right to be as stupid as they want or are, whether it's by nature or nuture. We don't discriminate against stupidity, or ignorance, or failure of fiduciary duty, or even malfeasance. Equal rights for all!

We wish Crosier well and hope he succeeds.

TWO JOBS WHERE YOU CAN MAKE A DIFFERENCE 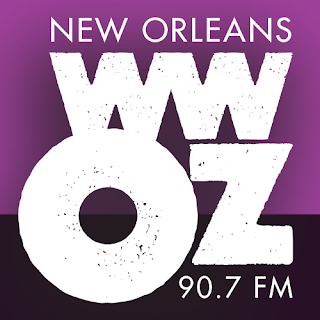 WWOZ [link] is one of gems of the public radio system. Not only does WWOZ present a tasty blend of classic New Orleans jazz, it successful deploys dozens of volunteers to all corners of the city.

After a rough patch a couple of years ago, David Freedman and The Board of Directors of the Friends of WWOZ, brought in former PRPD leader Arthur Cohen to be Interim GM.  Cohen has done a terrific job of kicking out the jams and has WWOZ purring like kittens at a catnip festival. 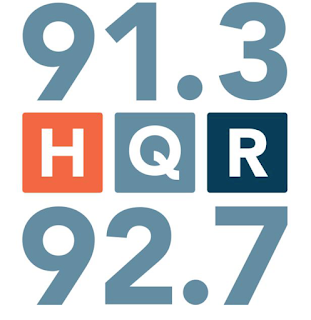 WHQR is licensed to an independent community organization. The station was founded in 1984.  Thanks to retiring manager Cleve Callison, WHQR is solvent aand respected in business community.

The Station Manager reports to an elected board of directors and leads a paid staff of eleven and a cadre of volunteers.

WHQR purchased their current office and studios in downtown Wilmington. It has become a cultural center for both the station and the community.

Livingston Associates is also handling the search.  For details go to [link]. The deadline for applications is May 15th.