The University of Alabama is typically known for its winning football team. However, public media folks know UA’s WUAL-FM is a gem that keeps on growing. WUAL may now be preparing to add a second signal that will allow Classical music to have a full-time voice.

Best of all, perhaps you can be part of it.

WUAL has been a dual format station – NPR News and Classical music – for several decades. Recently UA paid $125,000 in cash to purchase FM translator W223BZ that covers Tuscaloosa at 92.5 FM.

For now, WUAL plans to have 92.5 FM repeat the station’s main schedule.

In the future, WUAL has the chance to split the two programming streams.

The new second signal could be big news for Alabama Classical music lovers. David Duff, APR’s Music Director, has been the primary host and guide for over two decades. Duff knows his stuff. He has a lifetime of involvement in Classical music broadcasting including six years as President of the Association of Music Personnel in Public Radio for (AMPPR).

HOW YOU CAN GET INVOLVED

APR is currently searching for an Assistant Director Membership, a new position. Jeff Deneen, Ph.D., APR’s Director of Development and Marketing leads a soon-to-be five member team that is leading growth in sponsorship, membership and gifts. If you have questions, contact Deneen at 205-348-2687. You can read the job posting here. 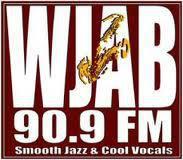 If you want to see and hear the gutsiest station in Alabama, check out WJAB in Huntsville [link].  When you do, give thanks and praise for Hayward Handy, “the father of WJAB.” 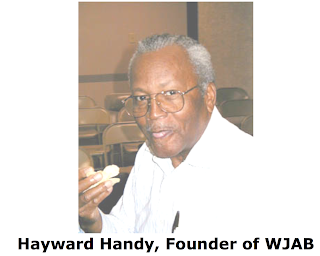 Hayward Handy was the great nephew of the "Father of the Blues," W.C. Handy. When Hayward Handy died in September 2006, the 80-year-old gentleman was remembered for his love of music and radio. He won a two-decade struggle to put WJAB on the air in Huntsville and thousands of listeners thank him for his love and devotion everyday.

Hayward Handy taught science at Alabama A&M University in Huntsville. He founded A&M’s Telecommunications Center in 1991 and secured the FCC license for WJAB.

Today WJAB is a mix of professionals and students. Its powerful 100,000-watt signal carries a tasty blend of jazz and blues.

The most popular show on WJAB is Coffee and Tea Monday – Friday from 6am to 9am, hosted by Joy Sidney.

She mixes both cool and hot jazz with interviews and news.

WJAB is the heartbeat of jazz and blues in Huntsville.