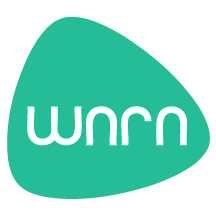 Attention Deadheads: Get ready for 24-hours of the Grateful Dead at their prime. WNRN [link], Charlottesville, Virginia is hosting 24/’77, a full day and night playing music exclusively from the Grateful Dead’s 1977 live archive. The party begins this Friday (6/9) at 6:00pm.

The theme – 24/’77 – was chosen to coincide with the release of a three CD box set of a historic Grateful Dead concert at Cornell University on May 8, 1977.

WNRN listeners who pledge during the one-day drive will be entered into a raffle to win tickets to see Phish at Madison Square Garden later this summer. The pledge drive will be streamed online at WNRN.org.

WHY THE GRATEFUL DEAD MATTERS TO LISTENER-SUPPORTED PUBLIC MEDIA

Deadheads tend to be purists. Authenticity and quality are as important to fans of the Grateful Dead as credible source are to a NPR News junkie. Certain concerts are historic and revered among the “family.”

The Grateful Dead took great care to make certain their followers had a primo experience at their shows. The sound, visuals, vendors and song selection mattered to the band and the fans. 24/’77 is a perfect fundraiser for Triple A stations like WNRN because it reinforces the notion that the station cares and by pledging listeners can show their appreciation.

The May 8, 1977 Cornell University show is iconic for Deadheads. Earlier in 2017, Sam Sodonsky wrote about the Cornell show and the recording made that night for the respected indie music site Pitchfork [link]:

On May 8, 1977, at Barton Hall, on the Cornell University campus, in front of 8,500 eager fans, the Grateful Dead played a show so significant that the Library of Congress inducted it into the National Recording Registry.

Many Deadheads claim that the quality of the live recording of the show made by Betty Cantor-Jackson (a member of the crew) elevated its importance. Once those recordings—referred to as "Betty Boards"—began to circulate among Deadheads, the reputation of the Cornell '77 show grew exponentially. With time the show at Barton Hall acquired legendary status in the community of Deadheads and audiophiles.

Cornell '77 is about far more than just a single Grateful Dead concert. It is a social and cultural history of one of America's most enduring and iconic musical acts, their devoted fans, and a group of Cornell students whose passion for music drove them to bring the Dead to Barton Hall. Cornell '77 is still considered a touchstone in the history of the band.

Every once in a while you see a job listing that is so appealing you think about dropping everything and relocating.  Such is the case with the opening at Wake Forest University in Winston-Salem.  Molly Davis, Assistant GM at WFDD – Public Radio for the Piedmont – posted this message on the PRADO bulletin board:

Are you passionate about public radio and storytelling, and interested in sharing that passion with young people? WFDD is upping the ante on our long-standing education program.

Since 2010, we’ve held Radio Camp for middle schoolers every summer; since 2011, we’ve worked with high school students after school to produce stories for our series Radio 101; we’ve even hosted Radio Camp for Grown-Ups.

Starting this fall, our Radio 101 program will be embedded in a local high school as a course for credit, and we’re seeking a dynamic individual to take on all these projects.

Over the last few years, WFDD has seen tremendous growth in both revenue and audience, and we have amazing listener engagement. We are the state of North Carolina’s charter NPR affiliate station, and we celebrated our 70th birthday last fall.

We serve 32 counties in the Piedmont and High Country of North Carolina, and parts of southern Virginia. The station is licensed to Wake Forest University, and as such, staff members are University employees who receive generous University benefits.

Our offices are located in beautiful and historic Winston-Salem, NC, the City of Arts and Innovation, home to the nation’s first locally- established Arts Council, the nation’s first public arts conservatory (UNC School of the Arts), and the prototype for the Empire State Building.

Winston-Salem is conveniently centrally located, close to both the mountains and the coast, boasts a low cost of living, and offers a robust culinary and music scene, plus plenty of activities for outdoor enthusiasts. The climate is temperate: I tell folks it’s almost always spring or fall.

I could go on and on, but instead, I’ll encourage you to check out the job description here.