SPARK NEWS WILL BE ON VACATION NEXT WEEK.
NEW POSTS WILL RETURN ON MONDAY, JULY 6TH 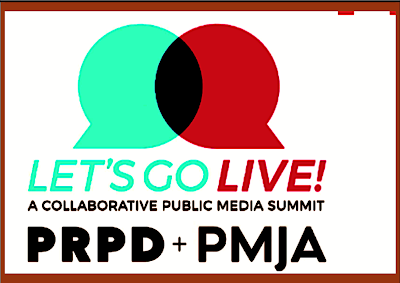 Both organizations cancelled their annual conferences this year due to safety concerns.

Let’s Go Live! is scheduled to happen Monday, September 21 through Thursday, September 24. All conference sessions and other events will be online.
According to Goldstein and Gildea, the virtual event will be conducted on Attendify, an online hosting platform. Plans are in place for more than 25 sessions showcasing a variety of industry experts, as well as fun and engaging surprises throughout the course of the summit.

More information about Let’s Go Live! will be available soon.  If you’d like to receive email updates click here. Registration for Let’s Go Live opens in late July. The agenda will be released in August.

KEN SAYS: This is a gutsy move by PRPD and PMJA because of the financial risk. According to Goldstein, the fee for attendees will be very reasonable.  At the end of the day, PRPD and PMJA are responsible for paying the bills for Let’s Go Live!  By attending Let's Go Live!, public media folks will help both organizations. 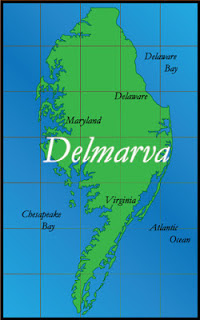 We are returning today to one of our favorite markets, the Delmarva Peninsula.

Delmarva is a region that includes all of the state Delaware, Maryland’s eastern and a small portion of coastal Virginia.

Last Monday (6/22) Salisbury University and the University of Maryland Eastern Shore announced [link] they have established a new partnership that will change public radio service on the Delmarva Peninsula.
https://www.delmarvapublicradio.net/post/delmarva-public-media-three-station-collaboration-launch-july-1

As of July 1st, the three stations will adopt the name Delmarva Public Media (DPM) and introduce new formats that do not duplicate each other. As of that date, WESM will become the local NPR News/Talk station. WCSL will air full-time Classical music. WSDL, the smallest of the three stations, will continue to play Jazz and Blues music and will simulcast certain hours of programming on WESM.

Under the new arrangement Weston will be in charge of day-to-day operations and underwriting sales for DPM.

“This partnership makes sense not only from an operational standpoint, but it will widen the listener base for each of the stations. From the beginning, we have shared similar missions of enhancing the area’s cultural offerings and creating a more informed population.” 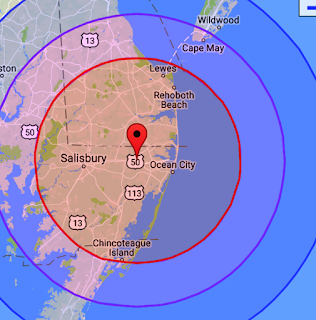 The “elephant in the room” is the forthcoming launch of a new, huge signal from Delaware Public Media based in Dover.

As we first reported last February [link], Delaware Public Media has purchased the broadcasting license of WRAU 88.3 FM, a full-time repeater of WAMU.

WRAU has huge signal that that covers the entire market. When WRAU’s signal is added this fall, it will continue to change listening patterns in the area. The coverage area for WRAU (map of the right) blankets Salisbury and Ocean City, the only Nielsen Audio rated market on the peninsula.

Delaware Public Media plans to continue WAMU’S NPR News/Talk format and many listeners have already tuned to 88.3 FM for news.

Spark News asked Jane Vincent, President of Delaware Public Media, for her thoughts on the new partnership and plans for 88.3 FM. She told us via email:

“I think the WESM/Salisbury merger is great. They’ve been working toward it for some time. Collaborations going forward will be key and smaller stations in particular could probably benefit from combining resources.”

“As for WRAU, we’re still in the process of nailing down loose ends, and hope that 88.3 will debut as part of the Delaware Public Media family later this year.”