Classical Music Rising is supported by the Andrew W. Mellon Foundation, and by participating station partners.

Takeaways from the study show the reality of classical music on public radio in America today.  They include:

• An aging workforce with very few new job vacancies now or in the foreseeable future.
• A non‐diverse workforce with very few opportunities to hire new diverse talent now and  in the foreseeable future.
• The need for skills training related to on‐air presentation, digital production and social media, and fund‐raising to effectively engage new audiences and members.
• The lack of a younger ‘bench’ to take classical forward into the future combined with worries that classical music media is not an attractive career choice for younger talent.

• The ability of hosts and staff to be ‘local’ and ‘engaged’ with listeners in a climate of tight resources.
• Budgets and human resources are being stretched to thin.
• Substantial concerns at mixed‐format stations about the future of the classical format  on these stations. 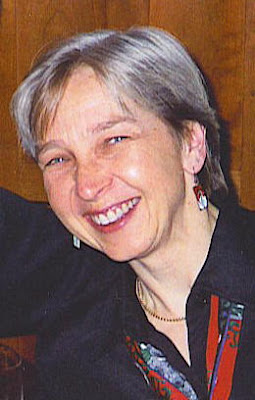 The study was conducted In November and December 2016 and January 2017 by a Working Group assembled by SRG, the CMR steering committee and Wende Persons, Managing Director of CMR. Judy McAlpine of McAlpine Creative Consulting led the group.

The scope of the research was unprecedented. Respondents were sorted into three groups: All-Classical stations, Mixed format stations and four national organizations that provide programming and guidance to the stations.

In this group there are 51 in-tab stations, such as WQXR, KUSC and KING. The study found that the total number of “content-centered” employees at these stations is 483 people. There are an additional 430 support people.

In this group there are 30 in-tab stations, such as KPBS, WSHU and WFIU. The study found that the total number of “content-centered” employees at these stations is 102 people. There are an additional 60 support people.

The total number of people working in the public radio classical ecosystem is well over a thousand talent and dedicated pros.

• Create training modules for on‐air presentation skills and digital skills for hosts/producers.
• Create a fellowship/internship program to develop new talent at stations with potential to increase diversity of staff, add to diversity of ideas and strengthen local connection.

• Partner with organizations such as AIR to increase diversity and skills related to classical content, particularly digital content.

KEN SAYS: This is an important document, destined for the time capsule.  It provides the clearest look I've seen of the human infrastructure of the people behind classical music on public radio and companion media.

I believe that classical music on public radio is at tipping point. I wrote about the tipping point for commercial classical stations in August, 2016 [link].

We will high-light various factoids in coming posts.

Personally, I think noncommercial classical radio and companion media needs a national voice - a human being who is not afraid of speaking frankly about the role of music in our society. Listeners need to notice us and consider us a voice of reason. They will support action.