SO MUCH AUDIO AVAILABLE & SO LITTLE TIME TO LISTEN TO IT

This is a revised version of a post that originally appeared Monday, July 6, 2015

I recommend a post by Paul Marszalek on his blog TheTop22.com. In the article, Paul asks a great question: Is Podcasting in a Bubble and Will it Burst?

Is Podcasting in a bubble and when will it burst?

Marszalek is a big-picture strategist.  He sees trends and looks beyond the hype of the moment. Paul co-founded a smart company – Media Mechanics - with partners Mike Henry and Ben Manilla. These are folks who intuitively know media and it’s role in our lives. He has seen lots of fads come and go.

With so much buzz and so much money being thrown around, the podcasting space is starting to feel a little like a tech bubble. How big can it get? Will it burst and when?

With so much good stuff – Serial, This American Life, WTF, Invisibilia, Radiolab, 99% Invisible, Freakonomics, Planet Money, The Moth and The Nerdist — just to name a few long-form podcasts. How much can we, folks with only 24 hours a day, consume this much audio.

SHARE OF EAR PUTS ALL AUDIO MEDIA INTO PERSPECTIVE

How do you divide your media day?  I tend to focus on what matters in the moment. Whenever I add a new media source/platform there is less time available for other stuff on my media menu. There are only 24 hours each day.

SHARE OF EAR is important because it shows how audio platforms compete with each other for the listener’s “shelf space.” The study is based on a nationally representative sample of 2,096 Americans ages 13+ who completed a 24-hour audio listening diary during May 2014.

It reveals that Americans spend an average of 4 hours and 5 minutes each day consuming audio. This chart shows the top-line results of the study:

According to another study from Edison Research [link], more than 40% of Americans ages 18 and older have ever listened to an audiobook, and in the last year fully 22% of Americans have enjoyed one (approximately 55 million persons). The research was unveiled in late May at an Audio Publishers Association event in New York [link].

In addition, the research shows that audiobooks are being consumed among younger adults in surprising numbers, aided by the digital device revolution. After all, says Edison VP Tom Webster, what’s the difference between an audiobook and a long podcast? Our research shows audiobooks are part of the same renaissance in audio consumption.”

Everyone seems to be scrambling to get a piece of The New Golden Age of Audio.

THERE WILL BE CASUALTIES… 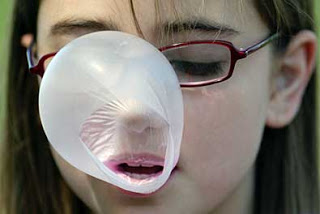 Given this context, Marszalek observes:
The hit podcast Serial, a spinoff of This American Life has focused so much attention on the medium that [big] money is now entering the space, aggregators are cherry-picking the top indie podcasts…

It seems that [podcasting] is indeed having its moment right now – thanks largely to the high-end, expensive journalism, production values, and core values of public radio. Right now we’re listening to the best of the best. Will we have any time for the best of the rest?

In June 2015, the New York Times reported: The largest podcasting operations are attracting sizable audiences and advertising revenue. The ads work. Large and small advertisers report a significant upside to the campaigns they run on podcasts, and ad rates on top-tier podcasts approach $100 per thousand listeners, which is many times what it costs advertisers to reach audiences in most other digital formats.

TRANSLATION: Most podcasts are not reaching many people. Often you can count the number of listeners on your fingers.

FACT: Podcasts are not bulk audience delivery. They require a listener to have the time available and a deep interest in the program.

In television, we simultaneously develop tens of shows in hopes of finding a single hit. There are occasional exceptions. In radio, especially public radio, it tends to be more of a “all our eggs in one basket” approach, with very few programs in development and stakes riding high on the few that are. That’s a monster red flag – an approach that will not work in the current podcasting environment.