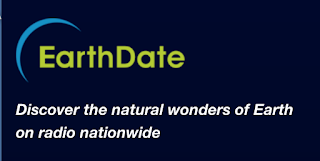 It started on Wednesday (6/20/18) when Lucy from WSKR-LP 95.5 FM – Spin Maker Radio – in Jacksonville, posted the following message on the College Broadcasters bulletin board [link]:

Hey everyone, I received an EarthDate CD in the mail. I was wondering if anyone else has received this and if you liked/aired the episodes?

[Note: The names have been changed to protect privacy. Comments have been edited for brevity and clarity.]

EarthDate is bought and paid for by a company called Schlumberger who describe themselves as "the world's leading provider of technology for drilling and processing oil and gas." On Schlumberger’s website I saw in a press release that said EarthDate is on 300 stations including KALX. How ever, this program is not on KALX.

Concern about the veracity of EarthDate then migrated to another list, PubRadio [link]. Alex from a large NPR News/Talk station wrote:

I thought other NPR news stations would want to know they might be on EarthDate’s affiliate list. I saw several NPR affiliates listed. I'd be surprised if any of them would air any short-form modules, much less one funded by the oil and gas industry.

Similar posts continued to appear on both lists. By midday Friday (6/22) over 40 stations from New York to Minnesota to San Francisco had complained about being on the carriage list of a program that was not on their station.

We’ve worked in national radio programming syndication for over 30 years. When a station is listed as carrying a program it is an implied endorsement of the program.

If a carriage list isn’t truthful, it is hard to believe any of the producers other claims. If program in distribution comes to us for our services the first thing we do is confirm the carriage list.

Producers and program marketers inflate carriage several ways. The most common method is to list every translator, cable system and website on which the program could possibly be heard. This technique can make a program that is actually carried on only a couple of dozen stations appear like it is on in hundreds of places.

Of course, every nationally syndicated program occasionally has errors or dated references on carriage lists. This is to be expected because sometimes stations don’t notify programs when they change their  schedule.

EarthDate is different because it appears to be willful systematic misrepresentation.

We sent emails to folks listed on the EarthDate website [link] and asked about the discrepancies.
Within minutes after sending the email we received a phone call from Casey Walker, the Marketing Manager for EarthDate.

Walker told us he had been “blindsided” by the station complaints and our intention to publicize the situation on Spark News. Walker, who said he also represents other radio programs produced at the University of Texas, told us he does mass-mailings of promotional CDs to stations.  If a station doesn’t respond to the mailing, Walker said he assumes the station is carrying the program. In other words, Walker’s mailing list becomes his carriage list.

Our conversation with Walker continued:

Spark News: Does this mean if someone at a station throws a CD from you in the trash, you put the station on the carriage list anyway?

Walker: Yes, because the station probably aired other programs I have represented in the past.

Spark News: Why don’t you contact the stations and find out if they are actually airing the program?

Walker: {silence]  We don’t have time to contact them.  Our system has always worked in the past.

Spark News: Do you realize that your sponsor, Shlumberger, claims to shareholders that EarthDate is heard on 300 stations?

Spark News: Are you aware that a made-up carriage list is probably the worst thing a national program syndicator can do? That it destroys all trust?

Walker: I guess I am aware of it now.  What should I do? 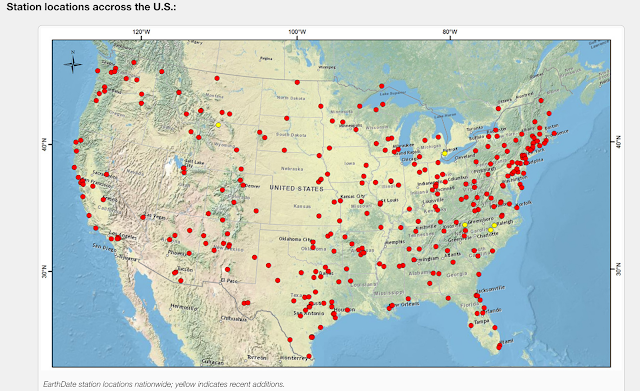 Though the list is no longer available, Walker forgot to remove the colorful map (on the left) that shows alleged EarthDate affiliates across the country.

This incident is important because people support public media because they feel they can trust it. If that trust is gone, it hurts all of us in the industry.
Posted by Ken Mills Agency, LLC at 12:00 AM